According to Israeli intelligence analysis, official diplomatic relations with Qatar will help Israel mainly at the political level, including calming tensions with Turkey and gaining stability with Gaza. On the economic front, relations will allow cooperation with Qatar, one of the richest countries in the world, in a variety of fields, including energy, industry, agriculture and water, and pharma.

Qatar and its neighbors in the Persian Gulf are making peace after having had deadly tensions for several years. Reconciliation between Qatar and its neighbors, in parallel with the political and economic rapprochement between some Gulf states and Israel, may well lead to a breakthrough in relations between Jerusalem and Doha (the capital of Qatar). This is stated in an analysis document by the Israel Ministry of Intelligence, which was published Thursday following developments in the Gulf.

Qatar decided to sever its official economic relations with Israel in 2009 following “Operation Cast Lead,” but relations between the parties are still maintained to an extent. There is some dialogue and coordination on the Palestinian issue.

In 2017, Saudi Arabia, the United Arab Emirates, Bahrain and Egypt severed ties with Qatar on the grounds that it supports terrorism, and shortly afterwards Qatar announced full relations with the Saudis’ great rival, arch-enemy Iran. And now a process of reconciliation between Qatar and those same neighbors has begun. 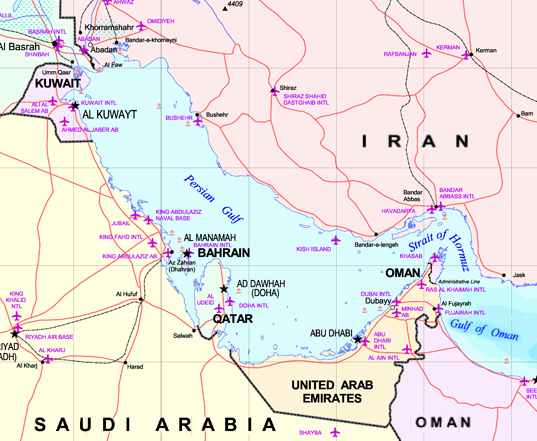 The economic power of Qatar, one of the richest countries in the world in terms of GDP per capita, depends exclusively on natural gas exports. It is the world’s leading exporter of liquefied natural gas (LNG). This gives it broad regional and even international political influence. Qatar is in constant competition to maintain this influence.

According to the document from the Ministry of Intelligence, official relations with Qatar will help Israel mainly at the political level – in building a “bridge” to the Muslim Brotherhood camp. They will also help calm Israel’s tensions with Turkey and build security and economic stability within the Gaza Strip. On the civil-economic side, Qatar will be able to provide the Israeli energy economy with a backup supply of liquefied gas, invest in Israeli industry, and be a consumer of Israeli products in the areas of agriculture, water systems and pharmacology. There is also potential for cooperation between Israel and Qatar in the fields of aviation and tourism, and for exchange of foreign workers. 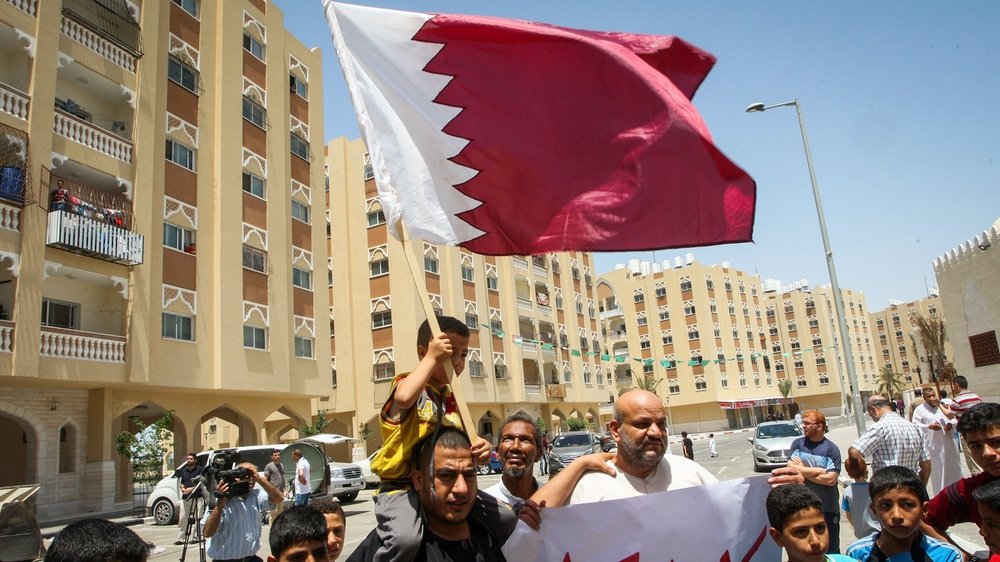 Palestinians take part in a rally in support of Qatar, inside Qatari-funded construction project ‘Hamad City’, in the southern Gaza Strip, on June 9, 2017.

From a security point of view, Qatar could be a potential consumer of Israeli weapons and technology systems. However, the authors of the document believe that the tensions between Doha and its neighbors, which are expected to continue even after the reconciliation, may complicate deals with Qatar in this area.

Minister of Intelligence Eli Cohen: “The agreement between Saudi Arabia and Qatar brings normalization of relations between Israel and Qatar closer. It is expected that after the rapprochement between the countries, Qatar will abandon relations with extreme Islamist elements. And so it will strengthen its ties with countries in the Gulf and the West in general, and Israel in particular. Relations between Israel and Qatar have great potential for both sides, including economic cooperation in a variety of areas.“

This website uses cookies to improve your experience while you navigate through the website. Out of these, the cookies that are categorized as necessary are stored on your browser as they are essential for the working of basic functionalities of the website. We also use third-party cookies that help us analyze and understand how you use this website. These cookies will be stored in your browser only with your consent. You also have the option to opt-out of these cookies. But opting out of some of these cookies may affect your browsing experience.
Necessary Always Enabled
Necessary cookies are absolutely essential for the website to function properly. These cookies ensure basic functionalities and security features of the website, anonymously.
Functional
Functional cookies help to perform certain functionalities like sharing the content of the website on social media platforms, collect feedbacks, and other third-party features.
Performance
Performance cookies are used to understand and analyze the key performance indexes of the website which helps in delivering a better user experience for the visitors.
Analytics
Analytical cookies are used to understand how visitors interact with the website. These cookies help provide information on metrics the number of visitors, bounce rate, traffic source, etc.
Advertisement
Advertisement cookies are used to provide visitors with relevant ads and marketing campaigns. These cookies track visitors across websites and collect information to provide customized ads.
Others
Other uncategorized cookies are those that are being analyzed and have not been classified into a category as yet.
SAVE & ACCEPT