Israel’s Embassy in the United Arab Emirates capital of Abu Dhabi was officially inaugurated by Foreign Minister Yair Lapid on Tuesday, some 10 months after the Abraham Accords brought peace between the two countries.

Lapid’s was the first official visit to the UAE by a senior Israeli government minister. Planned trips by ministers of the previous government had to be cancelled due to the coronavirus and other situations.

This is an historic moment.
And it is a reminder that history is created by people.
People who understand history but are willing to change it.
People who prefer the future to the past.

We are standing here today because we chose.
Peace over war.
Cooperation over conflict.
The good of our children over the bad memories of the past.
The right to determine our fate by ourselves. 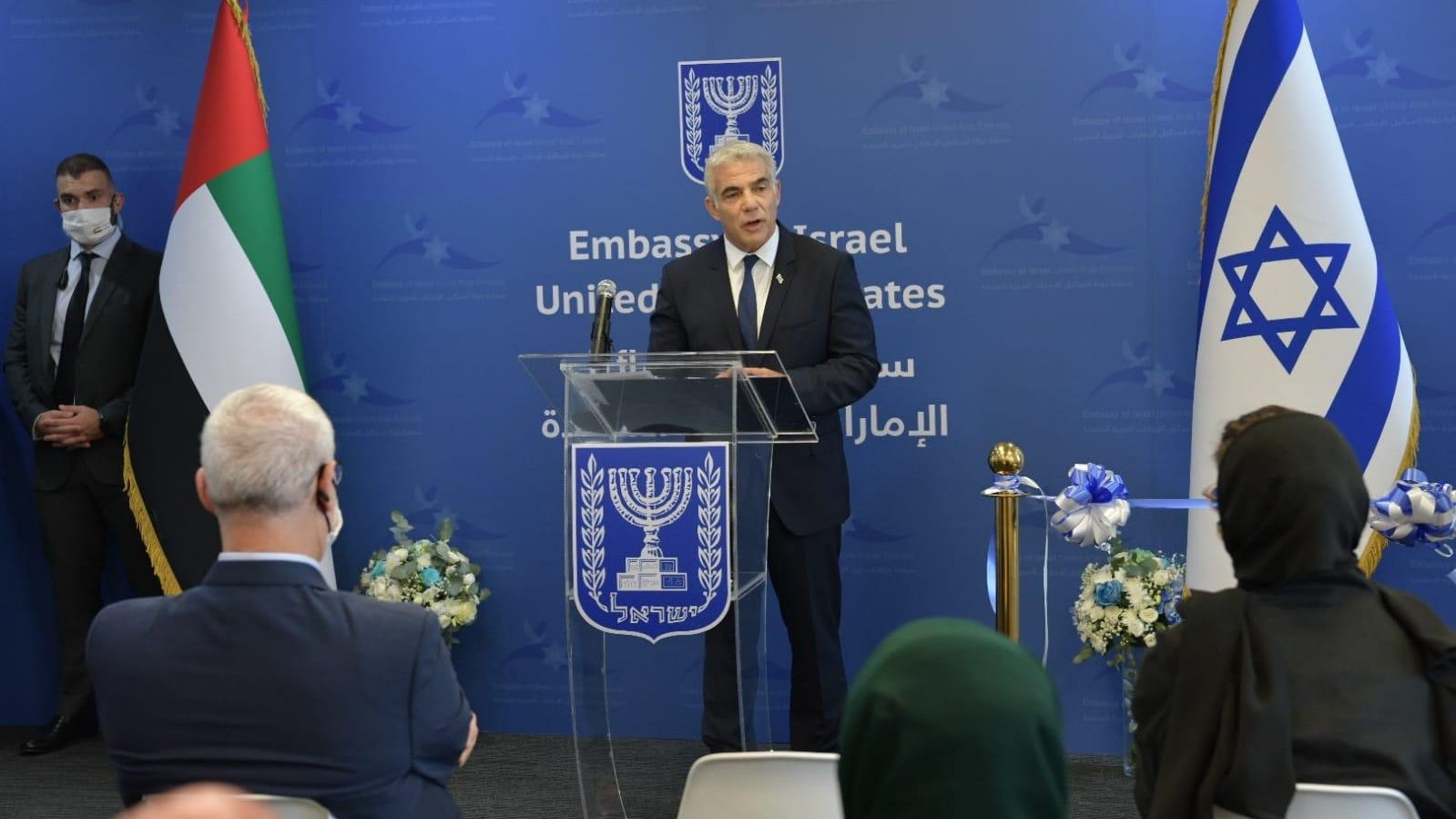 Agreements are signed by leaders but peace is made by people.
What we are doing here today isn’t the end of the road, it’s the beginning.
From here, from this place, we are setting out on the road.

To get to know one another we need to respect and learn each other’s cultures.
We need to let our economies connect and prosper.
We need to maintain open dialogue and an open mind.

Israel wants peace with its neighbors.
With all its neighbors.
We aren’t going anywhere.
The Middle East is our home.
We’re here to stay.
We call on all the countries of the region to recognize that.
And to come talk to us. 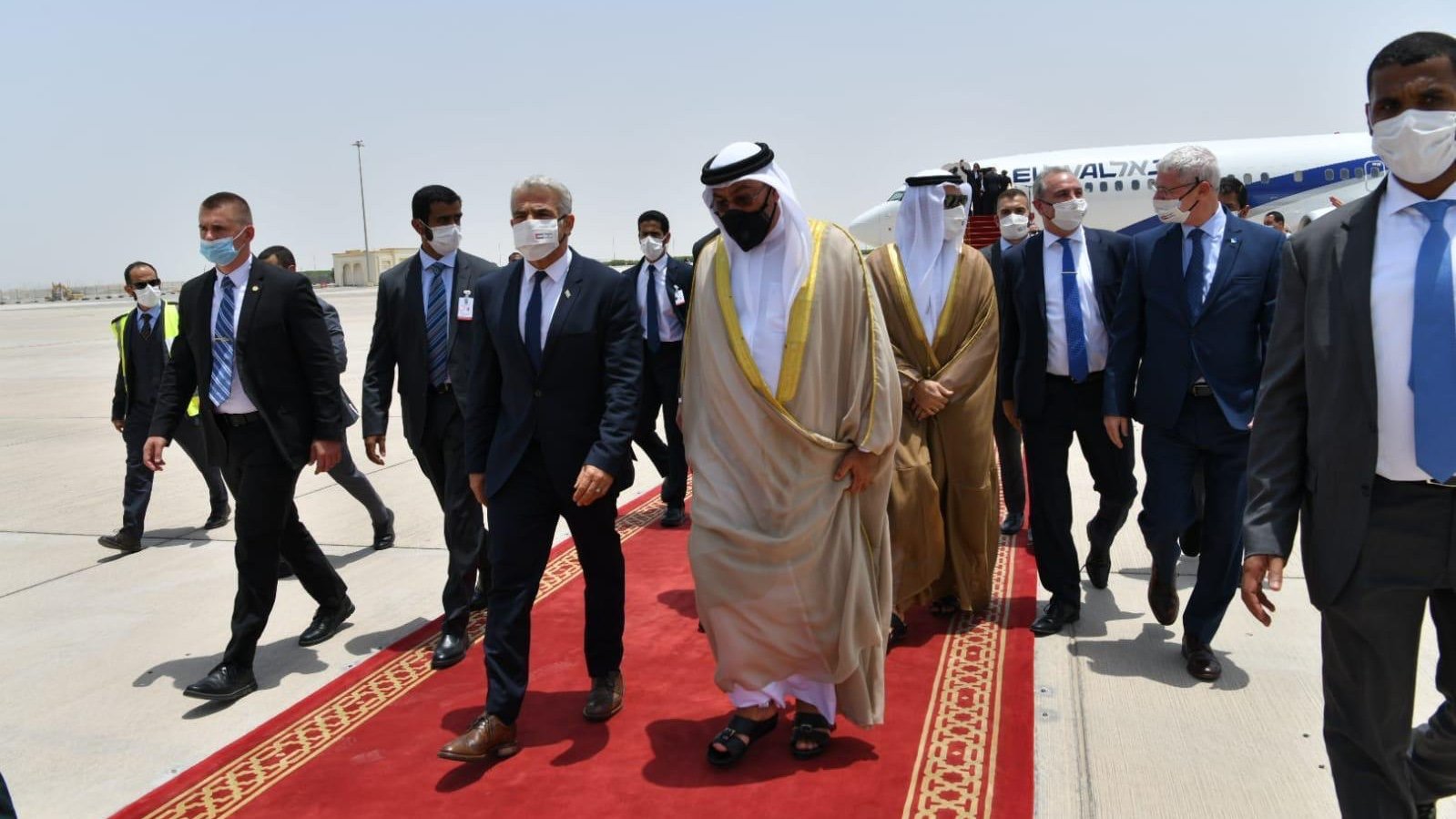 Difficulties will not be overcome by themselves.
Hostility won’t disappear by itself.
People create them, people can make them disappear.
People can replace them with friendship, generosity and the search for the common good.

Peace isn’t a compromise. It’s the most definitive choice we can make.
Peace isn’t weakness. It includes within it all the strength of the human spirit.
War is surrender to all that is bad within us.
Peace is the victory of all that is good. 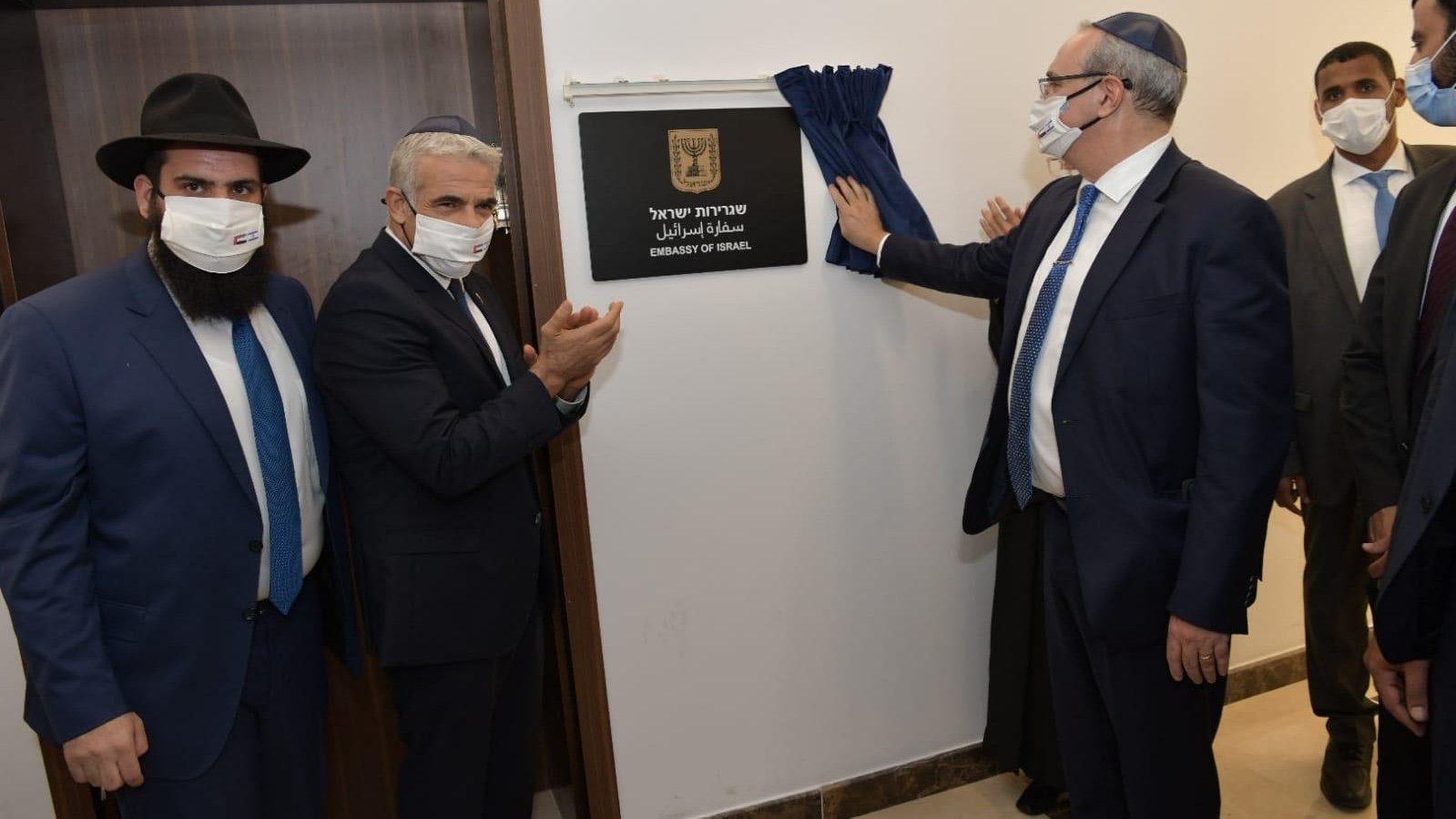 I want to thank a few people who aren’t here.

Prime Minister Naftali Bennett who sends you all his warmest wishes on this historic moment.

I want to thank, on behalf of us all, Israel’s former Prime Minister, Benjamin Netanyahu, who was the architect of the Abraham Accords and who worked tirelessly to bring them about. This moment is his, no less than it is ours.

I want to thank former US President Donald Trump and current US President Joe Biden for their uncompromising support. I thank our former Foreign Minister, Gabi Ashkenazi, who planned and built this visit.

And I want to thank the people of the Israeli Ministry of Foreign Affairs, led by Director General Alon Ushpiz.
They are the tip of the spear of Israel’s diplomacy.
I thank them for their professionalism and for their vision.