Browsing Hebrew-language social media today we came across the same photo posted by numerous Israelis on all platforms. It was of several Israeli soldiers saving the life of a small Palestinian child who had been hit by a Palestinian vehicle.

Now, it’s no wonder this photo and this story are nowhere to be found in the mainstream media. It goes against the prevailing narrative of Israeli soldiers as bloodthirsty racists who hate all Arabs.

Some might argue that it’s not a big enough story to have been paid any attention by the press. But we’d counter that if the child in question had been harmed by these same soldiers, the matter likely would have made headline news around the world. 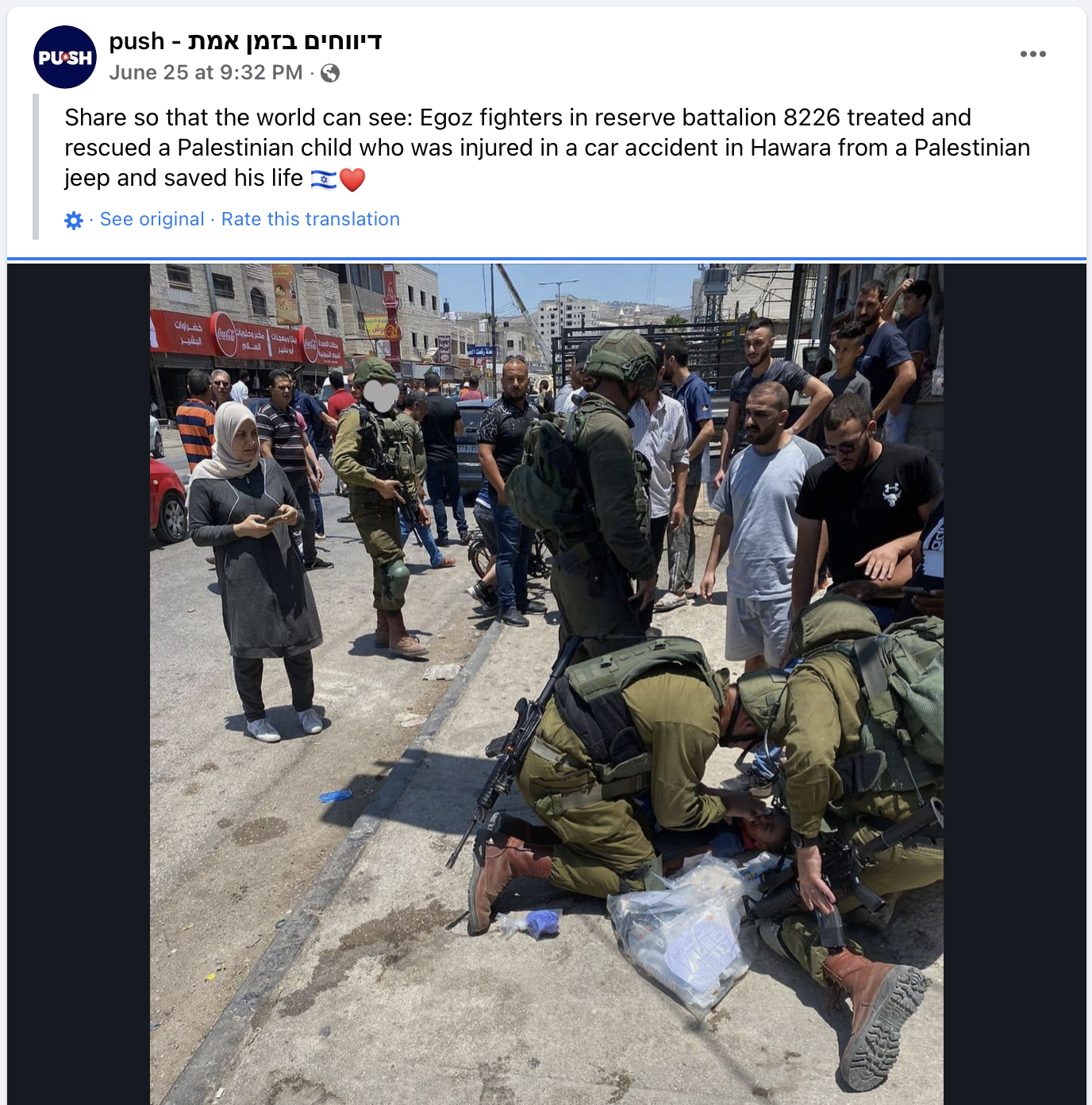 The incident occurred on the outskirts of the Palestinian town of Hawara, which is situated adjacent to the Jerusalem neighborhood of Pisgat Ze’ev. There is a large traffic circle and an army checkpoint between Hawara and Pisgat Ze’ev, and Israeli motorists are regularly attacked by stone-throwing Palestinians there.

The traffic circle sees a lot of accidents, and at some point this week a small child was hit by a Palestinian motorist driving a jeep, according to the social media posts.

The Israeli soldiers stationed at the nearby checkpoint did not hesitate to respond with life-saving treatment.

If stories like this were more widely covered and shared, impressions of the Israeli-Palestinian conflict would be greatly impacted.