Will science ever be able to prove there is a God? How should we Bible believers understand the theory of evolution? Was the universe created in 7 days (don’t forget the Sabbath!)? What about the Jewish calendar that marks this year 5781 since creation?

Understanding the relationship between science and the Bible is one of the most important issues facing Jews and Christians in today’s rationalistic secular world. We hosted Rabbi Chaim Eisen, who holds degrees in both philosophy and Jewish studies as well as biophysics, to chat with us about how we can live our lives with meaningful, genuine and honest faith in the God of Israel as the world around us turns to a radical belief in science and rationalism to solve all our problems, a path doomed to failure.

See the recording below ↓ 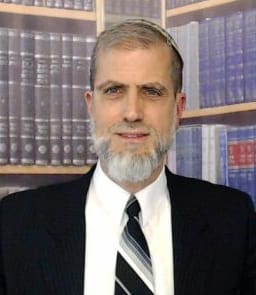 The rabbi also has a passion to provide a deepening understanding of the Hebrew Bible and other Jewish classics for Christian believers who feel drawn to reconnect with Jewish Biblical teachings. He has been involved over the past two decades in “building bridges” with Christians. Through devotion to the God of the Bible and dedication to His word that both Jew and Christian revere, he believes we all need to stand “shoulder to shoulder” (Zephaniah 3:9), in joint efforts, readying the earth for God’s “great and awesome day” (Joel 3:4 and Malachi 3:23).