The Jewish experience living in Romania over the centuries has been complicated and very painful at times, due to antisemitism, pogroms and Romanian cooperation with the Holocaust’s “final solution” for its Jewry. Therefore it is an historic breakthrough that the Romanian Parliament decided this week to require the study of Holocaust history and the Jewish people in all high schools throughout Romania. The curriculum will be developed by the Romanian Ministry of Education in collaboration with the Yad Vashem Museum, Romanian and American national research institutes for Holocaust Studies and other partners.

The welcome project will involve many bodies from the Romanian government and outside it, including: representatives of the Presidential Administration, Ministry of Foreign Affairs, Ministry of Culture, Department of Inter-Ethnic Affairs, Secretariat of Religious Affairs, Federation of Jewish Communities in Romania, Holocaust Remembrance Association, USA Holocaust Memorial Museum, the Museum of Holocaust Remembrance in France, Yad Vashem – the Holocaust Martyrs and Heroes Remembrance Authority, the American Jewish Committee and B’nei Brith International. All these will be invited to take part in the development and implementation. 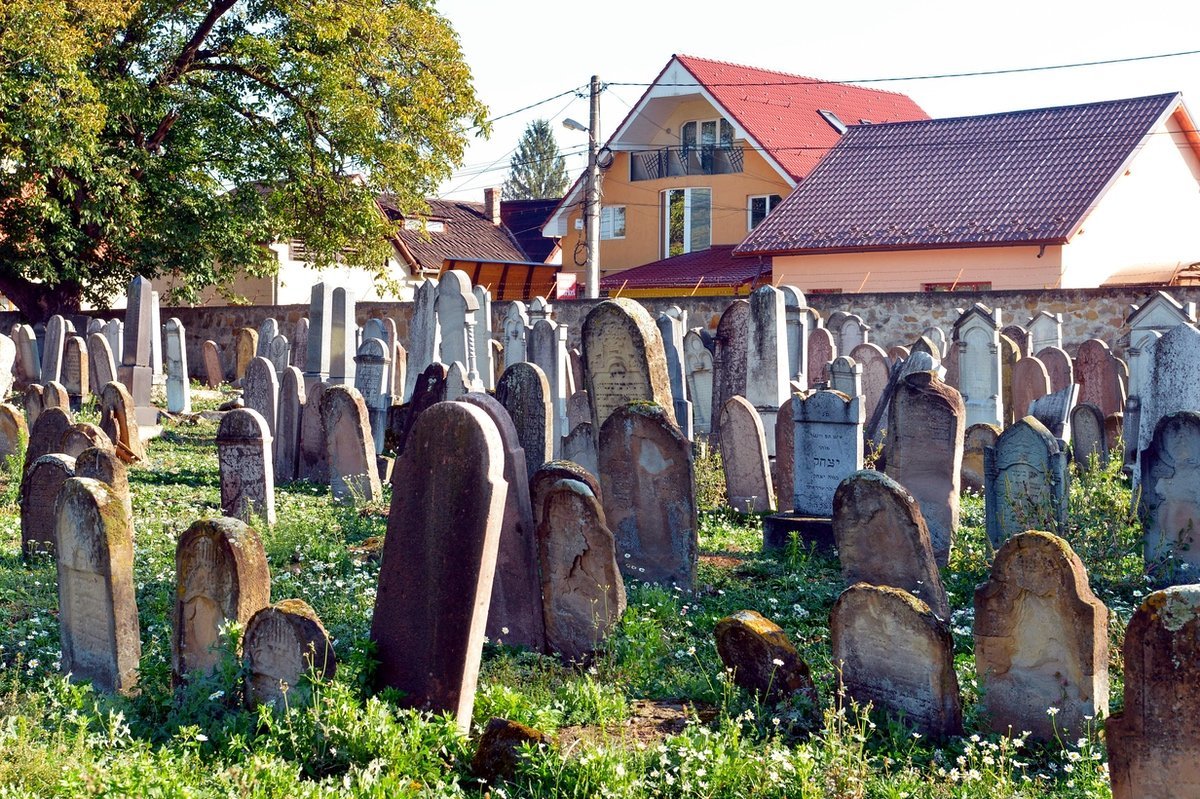 Old jewish cemetery in Sighetu Marmației, Romania near the border with Ukraine.

The bill passed by the Romanian Parliament also contains a new tradition of giving a Romanian prize of national recognition – named after Constantine Kardja. He was a Swedish-Romanian diplomat and Righteous Gentile who saved thousands of Jews during the Holocaust. The prize will be awarded to people who have achieved extraordinary things on behalf of the memory of the victims of the Holocaust and in the war on antisemitism, alongside educational development and research programs related to the development of Holocaust research studies in Romania and the history of the Jewish communities in Romania.

Recently, the Romanian Parliament has passed a number of private member’s bills, including:

In addition, a bill was passed, which promised to remove the restricted classification on the State Archives in the period between 1938-1989, concerning the treatment of the Jewish communities in Romania.

The President of the Conference of European Rabbis and the Chief Rabbi of Moscow, Rabbi Pinchas Goldschmidt, concluded: “I congratulate the decision of the Romanian Parliament, which has chosen to introduce Holocaust and Jewish history into the education system. This is a meaningful step against those trying to deny the memory of the Holocaust and twist history. The educational system serves as an effective tool in the fight against the growing anti-Semitism in Europe, and helps us build a more tolerant and inclusive European society for all religions.”

Romanian MP Silvio Wexler welcomed the decision, saying: “This is a historic moment not only for the preservation of the memory of Holocaust victims but also for Romania as a whole. We are laying the foundation for our common future, a modern framework through which young people can learn and understand what happened in the past, to serve as a central part of their formation as citizens. Education and inclusion are our best tools for cultivating democracy, liberty; and the fight against anti-Semitism and intolerance and extremism. This law also has symbolic importance in ensuring the perpetuation of the history and identity of Romanian Jews. This is a moral obligation to correct the injustices of the dictatorial regimes which ruled in Romania during the Holocaust, and this is a public tribute designed to acknowledge the suffering of people who went through the darkest of moments. ”

After the Holocaust some 300,000 of the surviving Romanian Jews ended up in Israel, forming one of the biggest sources of Aliyah in the young state.

In addition to the above item, another encouraging sign was the recent construction in Sighetu Marmatiei, Romania of one of the largest new synagogues in all of eastern Europe. The dedication was attended by hundreds of Orthodox Jews from Europe and North America. This was pointed out by an Israel Today Member in Romania named Ioan C., who reported that this was a top story in Romanian news outlets.

“Most of the Romanian people love the Jews. In many towns there were large Jewish communities. Back in 1950, my mother kept alive two Jewish families who were about to make Aliyah. All their belongings had been confiscated and they had no money to survive. My mother sent me daily with cans with food for them. I remember the name of one family – Klainberg, they had two daughters. The love for the Jews was put into my soul since then.”