In the weekly Torah portion of Beshalach we read about the splitting of the Red Sea and how the people of Israel escaped their Egyptian pursuers. The Jewish sages say that it is as hard to find your spouse as it is to split the Red Sea. In other words, finding your life-long partner is nothing short of a miracle. But who among us can work miracles? Can I conjure up my dream woman?

According to Jewish tradition, the Red Sea only began to divide when an Israelite had gone into the water up to the tip of his nose. Only after this demonstration of trust in God did the sea split. This is also how we should approach marriage. Anyone who has a suitable partner should take the step to marriage with confidence and trust that God will then do His thing, thus helping to make the marriage successful.

Of course there will be difficulties, just as for the people of Israel walking through the Red Sea was certainly difficult. The waters towered to the right and left, perhaps sharks and other sea monsters swam alongside the fearful Jews. But with trust in God anything can be overcome. 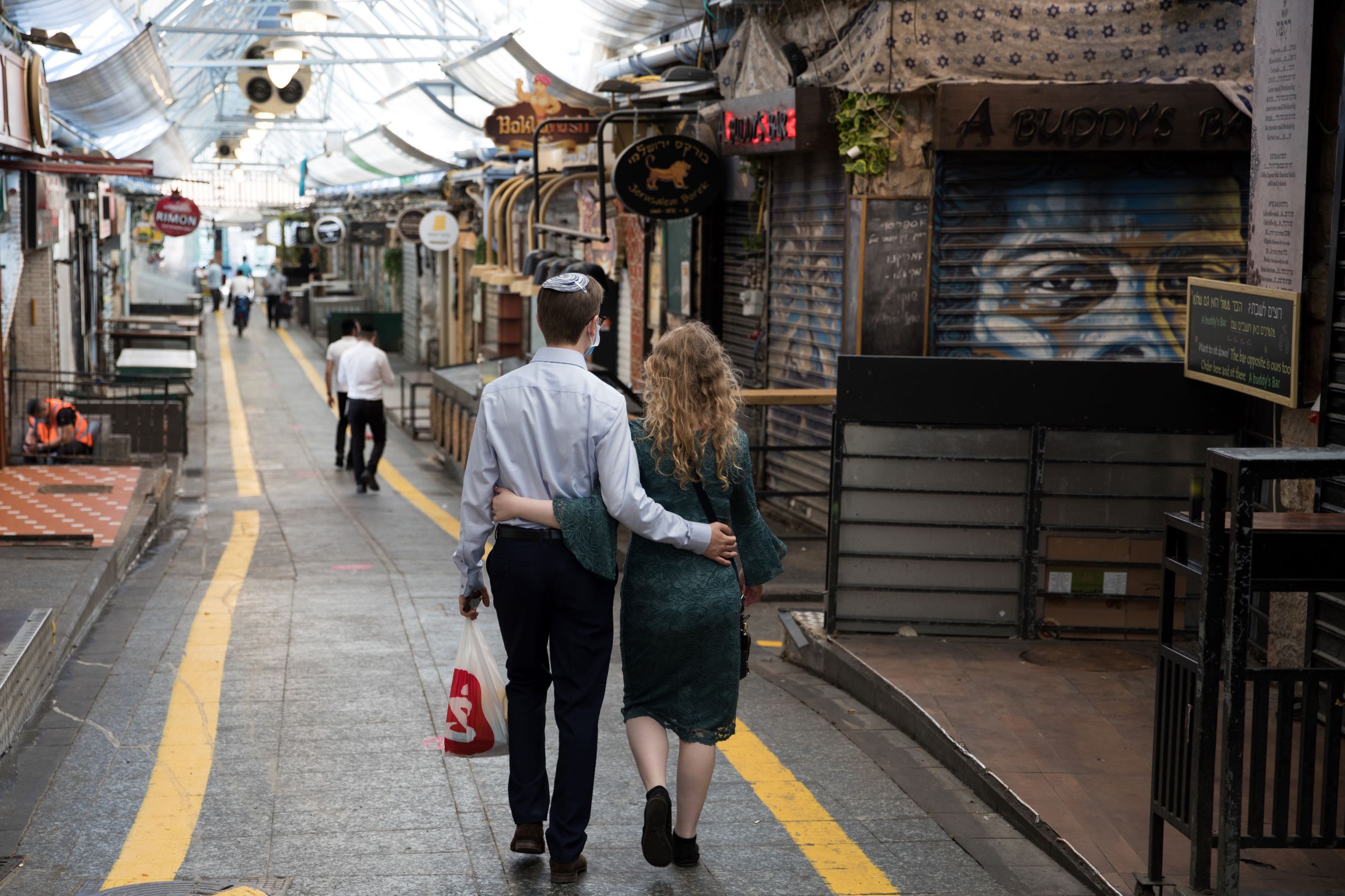 Is our spouse predetermined? A couple walks through the Mahaneh Yehuda Market in Jerusalem.

What exactly is this trust in God in the context of marriage? Another saying of the sages suggests that God determined one’s spouse before he or she was even born. There are exceptions, of course, and sometimes divorce is necessary, but under normal circumstances you should assume that you have married the partner assigned by God. This attitude counteracts a major problem in today’s society. Often we hear people say that they have "not married the right one.” Rather than work through their problems, they simply throw in the towel. Compared to centuries past, we have today trivialized divorce believing that perhaps next time we’ll find the right spouse.

The Torah rejects this attitude. Whoever believes and truly trusts in the God of Israel must tell himself over and over again if necessary that the has found his predestined partner and is ready to walk with them through think and thin, or, if you will, through their own Red Sea. Of course, this only applies under normal circumstances. If someone is being abused or facing other extreme problems in their marriage, they should seek help, including from therapists, lawyers and even the police.

All of this is especially true amid today’s Corona crisis, which finds us all stuck at home inundated far more than usual with family problems. The water is certainly coming to the tips of our noses today. At least that is how I often feel. But because I trust in God, I don’t question my marriage. And what about my children? Has God also assigned me exhausting offspring? You don't need a verse from the Torah to answer this question in the affirmative. And so we have no choice but to confidently walk through this Red Sea of ours. There’s no turning to the left or the right. We must march on straight ahead, and at the end (when the children themselves are married and move out of the house) there will be a great redemption.