That was the question Prime Minister Benjamin Netanyahu reportedly put to his host, Interior Minister Aryeh Deri, at a family celebration in Caesarea last week. More than once, Bibi has been portrayed as Israel’s modern Moses, and his political foes as Korach and his seditious clan.

It was Korach from the Tribe of Levi who led an uprising against Moses with 250 people. He was Moses’ opposition among the people and what God did with them, the Bible describes: “And the earth opened its mouth and swallowed them up, with their households and all the people who belonged to Korach and all their goods.” In this context, Netanyahu indicated God’s continued involvement in politics. “There is no greater leader than Moses,” Netanyahu stressed to his guests. “Consider how God deals with the opposition among the people. You see what God did to Moses’ opponents.” It is not the first time that Netanyahu has referenced Scripture in the context of politics through what is known as “biblical acrobatics.” Besides him, there are a number of other politicians in the country who do this, because for many the Bible remains entirely relevant to the dealings of today. 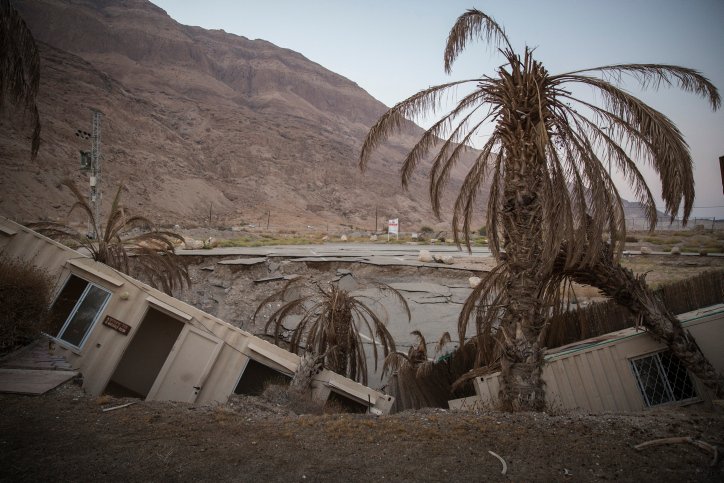 “And the earth opened its mouth and swallowed them up, with their households and all the people who belonged to Korach and all their goods.” (A sinkhole at the Dead Sea)

On Saturday, Netanyahu backed a call by the head of Israel’s internal security agency (Shin Bet), Mr. Nadav Argaman, to cease the hostility and hatred present in the current political discourse. This, he warned, can lead to political violence. Netanyahu, however, tried to refocus the conversation on what left-wing activists have been saying about him, which the prime minister charges is hypocritically ignored.

Netanyahu’s biblical interpretation of the matter was both praised and criticized in the media. Of course, his constituents, supporters and colleagues agree with Netanyahu’s position, while his opponents do not. They argue that he cannot be King David, the Messiah and now also Moses all at the same time. His interpretation was also seen as inciting against his opponents Naftali Bennett and Gideon Sa’ar: “What does Netanyahu mean by that? That Bennett and Saar should by swallowed by the earth? How?”

It is precisely against such representations that the security services are warning. The agitation within the population must urgently stop, from both sides, both left and right. What is now going on in the country’s social networks is simply unbelievable and extremely dangerous.