As we have reported in the past, Israeli winemaking is an art with a long and rich history. Israeli wine is referred to in both the Hebrew Scriptures and the New Testament. We already knew that modern Israeli wineries have earned the highest acclaim worldwide, and now we discover that in the early centuries of the common era (Anno Domini), local wine was in huge demand as well.

Israeli archeologists have recently discovered the “leviathan” of all ancient winemaking facilities in this land, with five well-planned, impressive winepresses. It is located in the southern coastal plain town of Yavne and was a huge winery even compared to modern Israel’s largest, automated wineries.

The winemaking site was uncovered during an archaeological dig preparing the way for a large new Yavne neighborhood planned for thousands of new Israeli apartments and homes. As the digging progressed and the scale of the discovery was revealed, it became the biggest archaeological dig in the country. Its ancient winemaking facility was the largest in the world discovered to date, for the Byzantine time period.

“We were surprised to discover here an elaborate facility, which was used to produce wine in commercial quantities. One highlight of the winepresses are seashell-shaped “round” niches, which adorned the winepresses, indicating the wealth of the facility owners. The estimated production capacity of the winepresses shows that from here about 2 million liters of wine were produced and marketed every year!!! This is an enormous amount even today, and we must remember that the whole process was done manually at that time.” 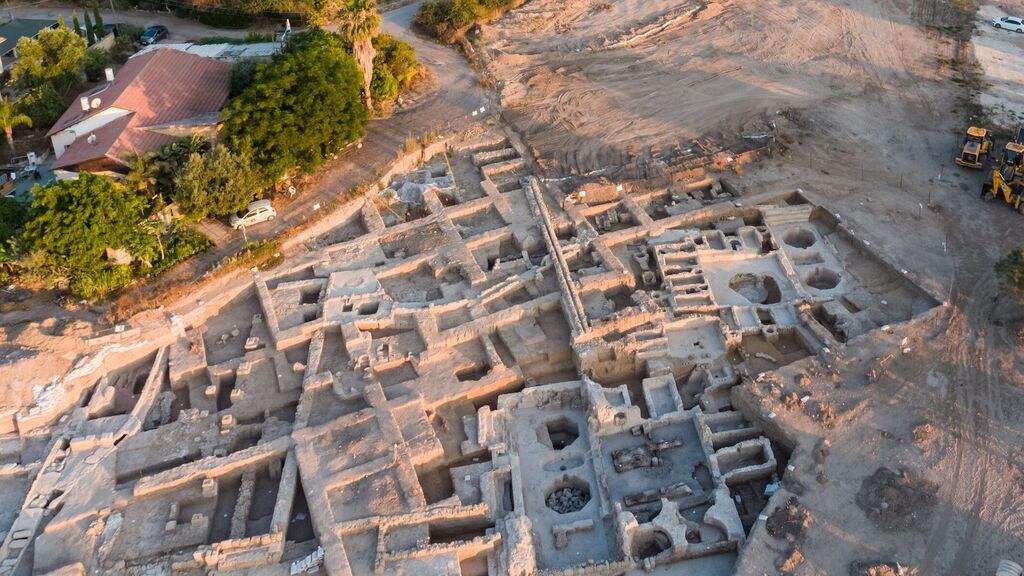 A massive Byzantine winemaking facility unearthed in the Israeli town of Yavne.

Israeli archaeologist Dr. Yochanan Seligman said, “This particular kind of wine we know as “Gaza wine”… was a trademark wine from the whole of this area of the southern part of the coastal plain. We have to realize that this was a prestige wine. It was a light, white wine; and it was taken to many countries… We’re talking about Egypt. We’re talking about Turkey… Greece… maybe Southern Italy as well. So this was a wine that was widely distributed around the Mediterranean. In the excavation here in Yavneh the main finds are … the “Gaza jar” and “Ashkelon jar” which are very similar. The shape you could even compare with a cola bottle today, was something which was completely [familiar] to anybody who saw them. And these were typical jars which were used for wine that came from the area of the southern coastal plain…

”In ancient times wine had great importance not only as an export product but for many other purposes. First of all, people enjoyed drinking wine. But beyond that it was a major source of nutrition and was a safe drink, because the water was often contaminated…

”The excavation goes well beyond the usual scale of excavations that the Israel antiquities authority conducts – continuing 2 years with 200 to 300 workers daily.” 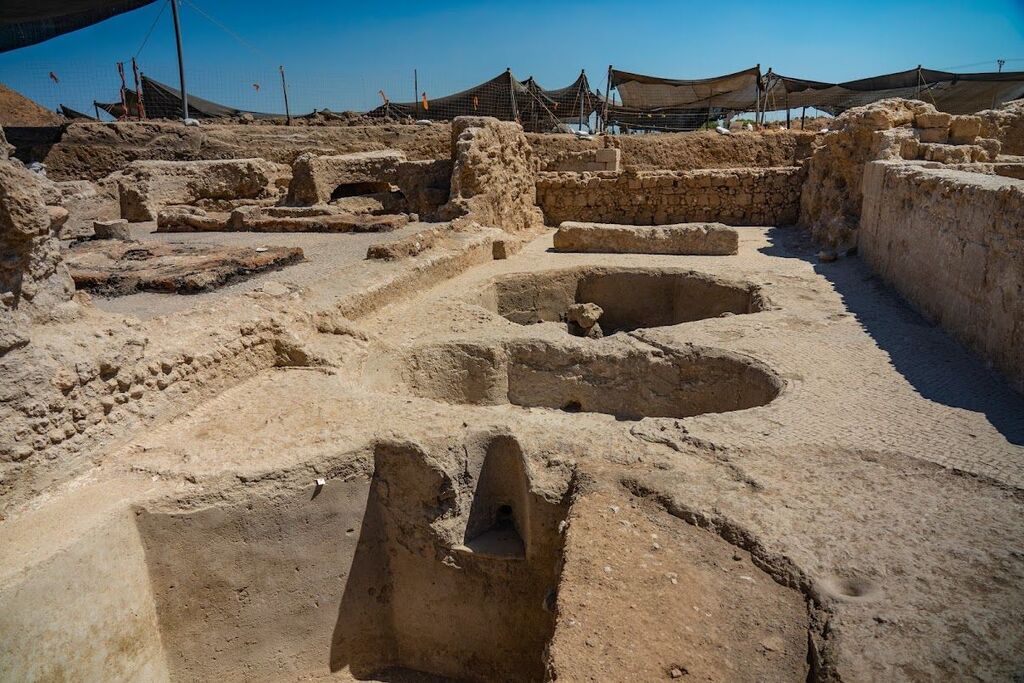 Now that the excavations are complete, the public is being given a brief chance to see the winemaking site in Yavne before it is temporarily covered over to prevent damage by winter rains. Later a permanent tourism site with explanations and exhibitions will be built.

Yavne played a central role in the adaptation of Jewish life after the Temple was destroyed in the year 70 CE. The religious supreme court (Sanhedrin) fled there from Jerusalem at that time, and the Talmud mentions the Sanhedrin meeting in a Yavne vineyard. The vast, aforementioned winemaking facilities in Yavne were in use in approximately the 4th to 6th centuries. Afterward Muslim forces conquered Yavne in the 7th century CE, at which time winemaking was curtailed in this land since Islam does not permit drinking of alcohol.

Get involved in the story: Enjoy wine from Israel Today’s vineyards in Southern Israel.