For the first time in modern history, Christmas was celebrated in a public square in Israel with carols sung in the same Aramaic language that dates back to the times of Jesus, and before. This unique historical event was held on Shabbat in the Aramean Maronite village of Bir’am in the Upper Galilee, just south of the Lebanese border.

Over 300 guests joined the celebration, including Jews and Christians, for the Christmas tree lighting and traditions dating back to 350 AD, when Christianity spread rapidly throughout the region.

The event was organized by members and supporters of the Israeli Christian Aramaic Association and members of the original Maronite community in northern Israel.

Capt. Shadi Khalloul, who heads up the Aramaic Association, told Israel Today that his community appreciated the more than 300 visitors who came to celebrate Christmas in the village square for the first time. “Our thanks to the Jewish and Aramaic Christian guests who honored us by coming from around the country in support of the restoration of our ancient Christian culture and language,” he said. 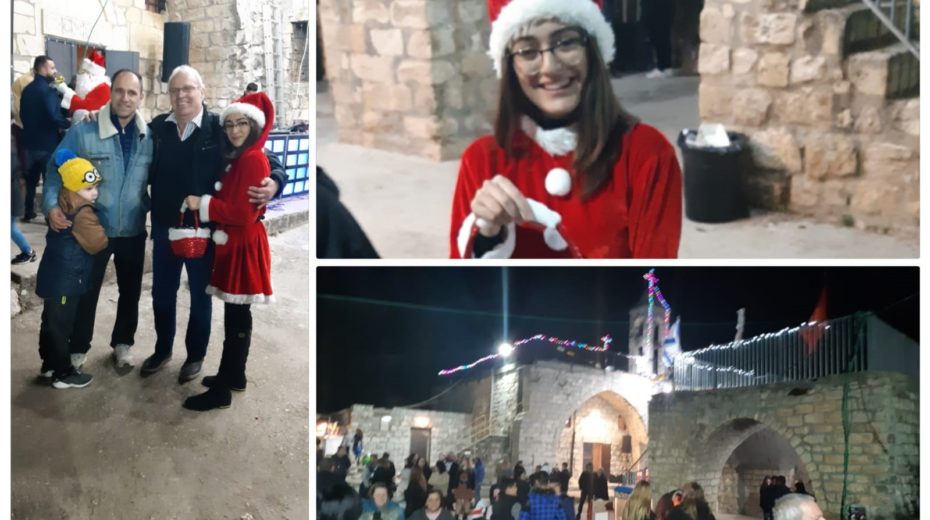 Khalloul’s passion is to bring back to life the culture of his people, which grew out of the Land of Israel dating back to biblical times. “This first public Christmas event is symbolic of the return of our people, our culture and our destiny as part of the people of Israel here in this land,” he said. “Our people, which grew up in this land, should be the first ones to support the Jewish people and the State of Israel,” he added.

Khalloul serves as a captain in the IDF, and even runs a pre-military training school for the many Aramean Christians who volunteer for Israeli military service. His community’s strong support for Israel draws criticism from the local Muslim Arabs in the region. “They were shocked when they saw us having such a large and joyful public celebration of our Christian Aramaic culture,” Khalloul said. “They never expected anything like this.”

“The only thing we missed,” Khalloul added, “was a Hanukkah Menorah. For next year we are planning a three-day celebration together with the local synagogue, and a menorah will be a pleasant surprise – for everyone,” he said. “We wish you all Happy Holidays and a successful New Year.”