Snow skiing – it’s also possible in Israel! You have to know that the snow here is different than in the Alps or other popular ski destinations. This is due to the warm temperatures that melt it easily. This slows down the descent. Another big difference is that at most other ski resorts, there are rules. In Israel, not so much.

Our ski resort is on Mount Hermon, at the norther tip of the Israeli Golan Heights. And so my friends Jonathan, Eden, Gal and I set off. We found a place to stay in the Druze village of Majdal Shams. At six in the morning the alarm clock beeped.

A little further up the mountain you pass a military post and then drive five kilometers of switchbacks uphill. Men and women are served separately for equipment rental. The lift took us to almost 2600 meters above sea level. It was snowing lightly and there was a strong wind. Syria was on our left, Lebanon on our right. The ski run toward Eretz Israel was right in front of the nose. No other ski resort is guarded like Mount Hermon in the Golan Heights. Israeli soldiers everywhere. 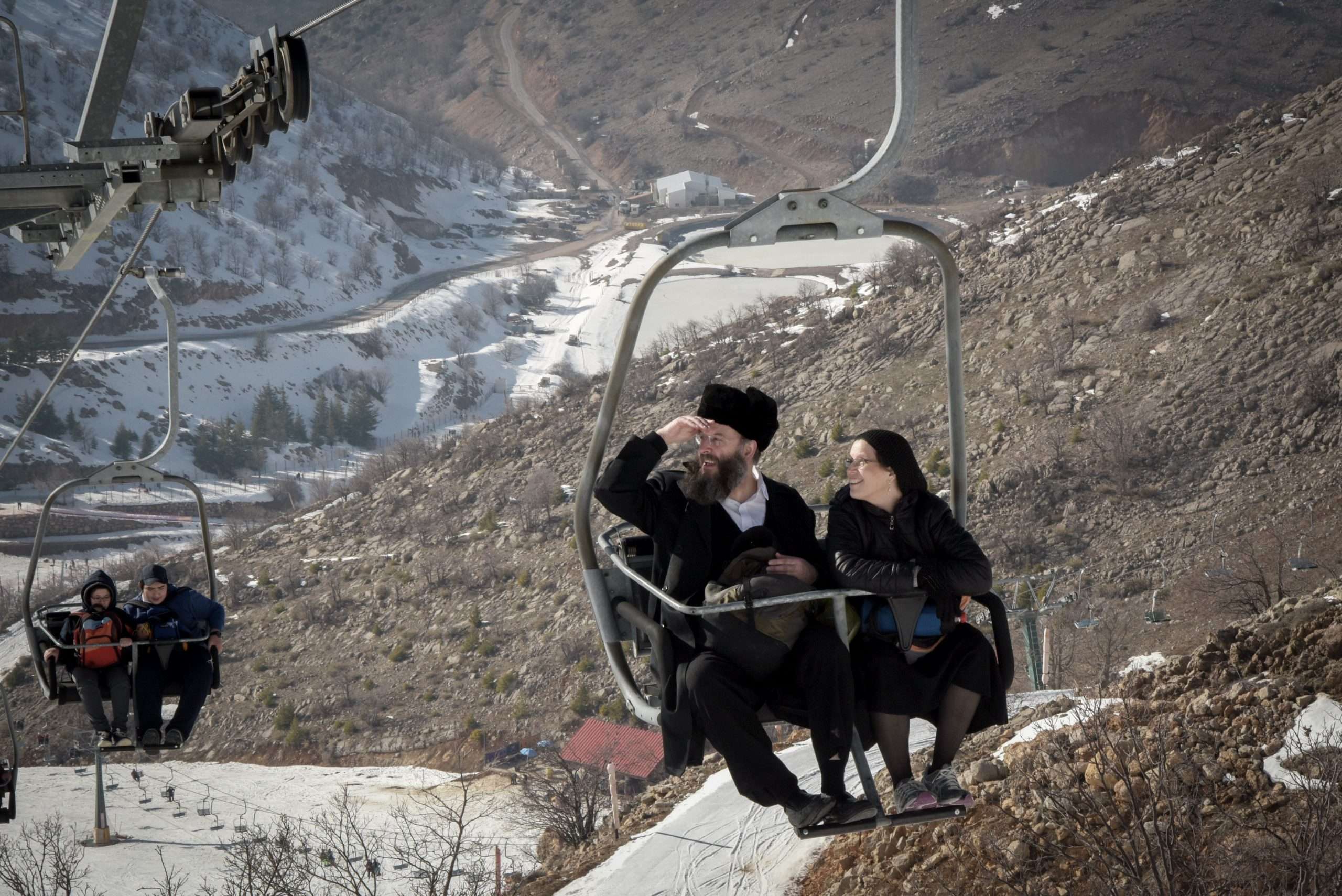 Ski fans of all kinds come together on the Hermon. You see hillboys (settlers), ultra-Orthodox, religious, secular, Arabs, Druze and last but not least the international tourists. They are all easy to tell apart: the young settlers go down the mountain in jeans and shorts, their tassels (tzitziot) and side locks swaying in the wind. Ultra-Orthodox Jews walk the slopes with their children in their black as if this were a snow-covered pedestrian zone. Then you see secular Israelis in normal ski clothes hurtling down the slopes. Druze, Arabs and tourists can be recognized by their language.

One gets the impression that nine out of ten skiers are skiing for the first time. There are some funny scenes to watch. Pedestrians have the right of way. In the middle of the slope, Israelis take selfies as if they own the mountain. While the Alps are teeming with Israelis, very few can ski on Mount Hermon. Israelis love skiing and snowboarding, but prefer Europe. Balagan (chaos) rules in Israel, everyone does what they want on the slopes. Skiing in Israel is a fun experience, it shows how fresh snow attracts all people to Israel’s highest mountain, Jews, Druze, Arabs and Christians. Skiing is secondary.

But what is most impressive is the fact that Israel can experience all sorts of climates in one day, driving from the desert in the south all the way up to the snow-capped Mount Hermon in the north.