If Israeli society wasn’t divided enough, now looms another threat that could add an extra tear. More and more people have started raising concerns over the so-called “Green Passport,” and their concerns are finally starting to receive publicity.

In an article for the business newspaper Globes, Dr. Aviv Segev and Prof. Asa Kasher wrote of the document: “This is not a Green Passport, it is a black hole.” The duo deemed the document epidemiologically irrelevant, as the incentive is to create a safe space for vaccinated folks, yet this could fall short due to lack of information on the vaccines’ effectiveness and moreover its ability to stifle the spread of the disease. 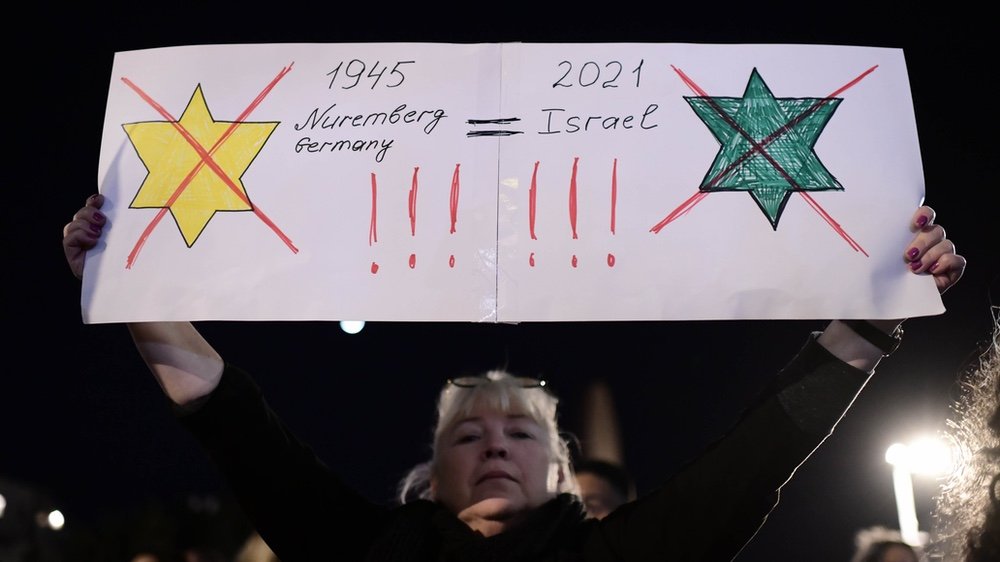 Israeli protestors in Tel Aviv equate the Green Passport with the yellow Star of David that the Nazis compelled the Jews of Europe to wear.

A greater concern is that Israel’s growing involvement with our medical data and records is a slippery slope to paternalistic governance.

“The Green Passport reflects a paternalistic, archaic policy that is inconsistent with democratic and civic principles in an enlightened state. Society in Israel is divided enough, torn by many years of political struggles. The corona crisis is another social upheaval that threatens our integrity as one society, and the green passport is an abyss, which will deepen the rift in Israeli society,” the experts continued.

Prof. Asa Kasher is a philosopher, professional ethics expert, Israel Prize winner and author of the IDF Code of Ethics.

Both are members of the Public Emergency Council for the Corona Crisis. 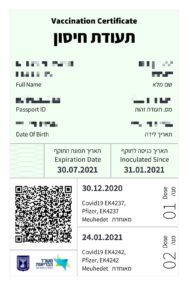 A “green passport” received by a member of the Israel Today staff.

In an article for the online news portal Walla!, Atty. Gil Harel, who owns a law firm that specializes in tort law and medical malpractice, raises his concerns as well. He writes: “The fact that the Green Passport discriminates between groups – one group has access to public places and the other does not – violates the fundamental right of the individual and the right to equality, as a derivative of the Basic Law: Human Dignity and Liberty, the proposed law must meet the conditions of the limitation clause.”

Nirit Anderman wrote for the culture section of Ha’aretz: “The intention to allow vaccinators and recoverers to return to the cultural halls, which will be discussed in the Knesset, violates the principle of equality for entire age groups, and in any case it has not yet been promised that the vaccine prevents infection and contagion. With all the sorrow, it is better to wait.” 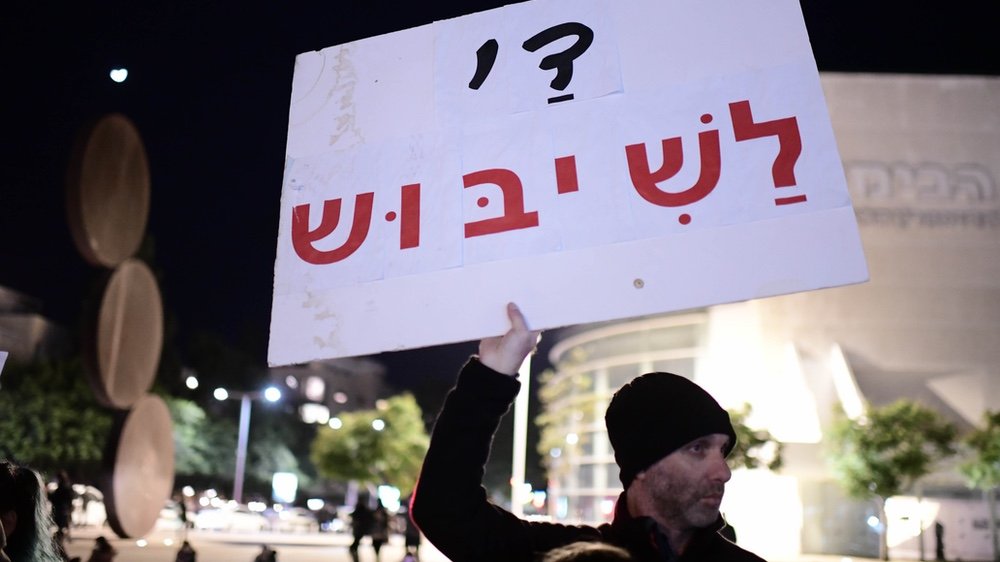 Israeli demonstrators demand that the government reopen the economy and cultural venues to everyone, without discrimination.

More so than anything, the Green Passport separates the people into two groups, with one of them deemed dangerous and the other safe. It creates animosity within the culture. The governmental sanctions won’t be enough, bullying and harassment will follow refusers (regardless of their reasons for so doing) in their home or work environments. Tensions are high as it is, and having a civil discussion gets harder everyday with the government putting the weight of “getting back to normal” upon the public who haven’t yet been jabbed.

See related: Vaccine Might Not Set Us Free: Growing Frustration in Israel

So far, about four million people in Israel have been vaccinated, truly an international record in term of population percentage. The Green Passport was initially designed to motivate the public to vaccinate, but with such impressive numbers, is there really a need for such measures? The public seems eager, for the most part, to get the shot. More than 80% of the elderly population is already vaccinated. Can a person with a low degree of risk retain his right to say “no”, or does the government need to punish him for his decision? 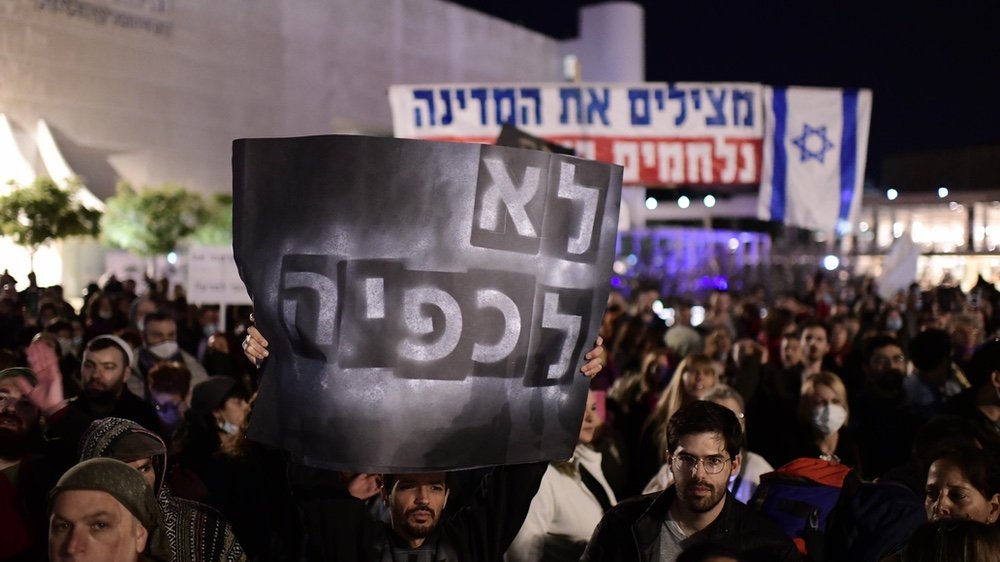 Some accuse the government of an authoritarian approach to handling the Corona crisis. The black sign reads: “No to coercion”

Another challenge Israel faces upon implementing these passports is that it might encourage refusers to get sick on purpose so they, too, can get the desired pass to travel and attend cultural events without the Pfizer shot (those who have had COVID and recovered are also eligible for the Green Passport). Will we see a trend of COVID parties or an emergence of secret Telegram groups for meetups with diseased folks who will gladly pass the virus along? With refusers backed into a corner, it’s not outlandish to assume such outcomes.

I believe the Green Passport is dangerous to the fabric of Israeli society. We should strive to find balance between public safety and our liberties as citizens in the democratic Jewish state. The decision for each individual to get vaccinated or not should not depend on government coercion, derived from public pressure or compelled by sanctions. I hope lawmakers take heed of the warnings of ethicists and take the challenges and dangers of this policy into account.