How much must we endure, must we suffer in the name of fighting Corona?

It took a few days before I was ready to write about a terrible tragedy that occurred in our otherwise quiet settlement.

Last Friday, my husband had a shift until 7:00 p.m. So I was at home with the children in the afternoon and we were preparing for the beginning of Shabbat. My cellphone was on silent, so I didn’t get the notification initially. When I did take a look there was a notice that a murder had been committed in our village. I also saw a missed call from my husband and rang back immediately. He told me that a police officer had killed his own wife. I was shocked! Since my husband also works for the police, among other things, he already knew the identity of the perpetrator. In the middle of this tense conversation, my 14-year-old daughter suddenly showed me a photo of the couple in question that had already been circulated on WhatsApp. My hands began to shake uncontrollably. I know these people.

We have two children of the same age; their oldest girl is in second grade with our second youngest. Their second oldest is in kindergarten with our youngest. They also have two smaller children, a two-year-old girl and a one-year-old boy. We saw each other often, bringing and picking up the children, in the parks, or at the pool in summer. 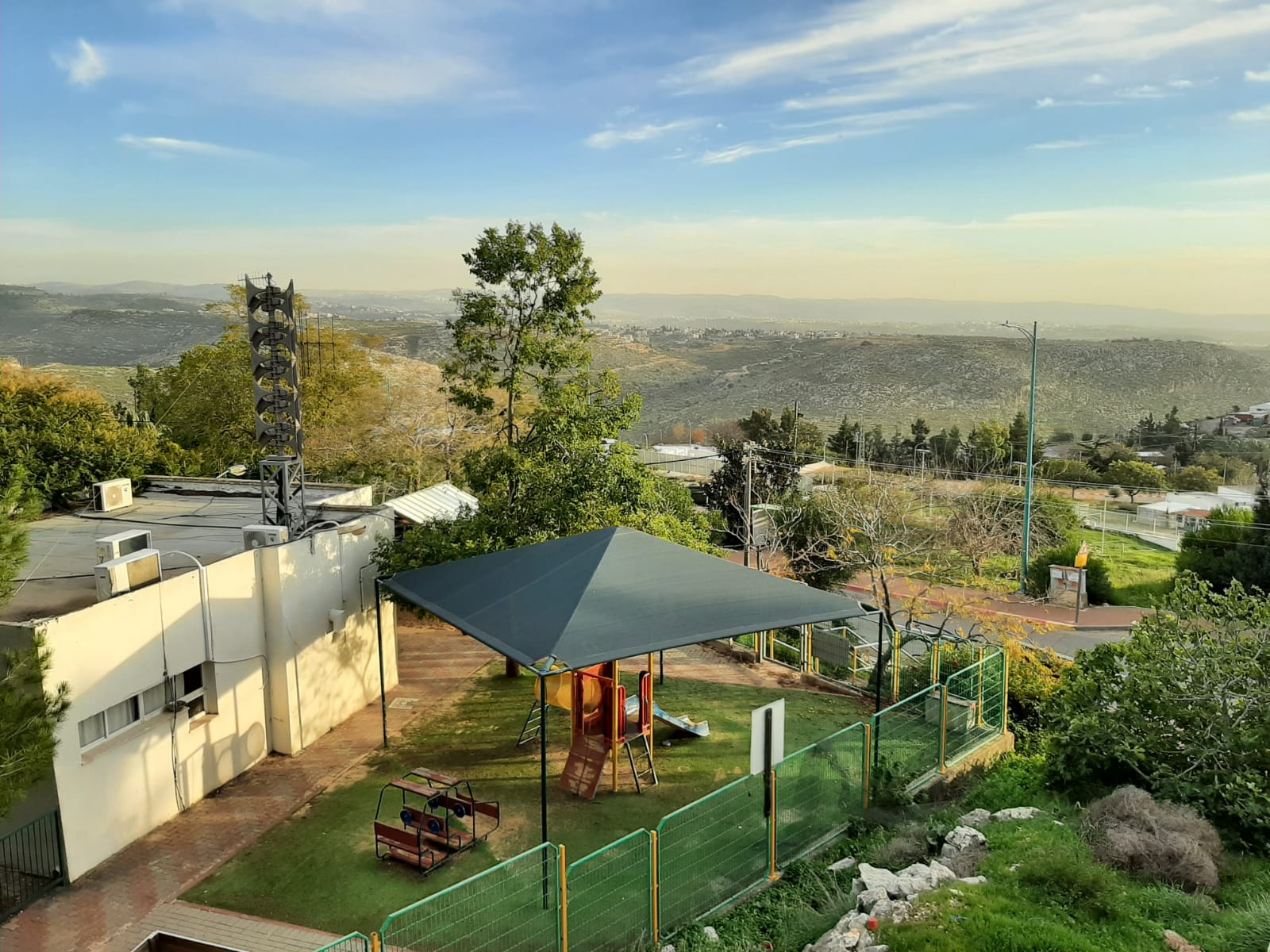 We saw each other often at the kindergarten.

Just a week before this horrific act I was at the park with the kids and was talking to the father. The mother joined us shortly after. And now she’s dead, killed by her own husband! It breaks my heart to think that in one minute these little children lost their mother and father in such a horrible way. I can’t find words for it.

Their’s seemed like a perfectly normal family. The father, Amir, who as I mentioned was a policeman, had started out in airport security. He would never have been accepted to the police force if he’d had any history of violence or criminal activity. I knew him as a very likeable man, always friendly, in no way suspicious. His wife, Diana, worked as a relationship counselor. She shared clips on her Facebook group called “Strong Women Make Healthy Relationships” and had over 15,000 followers. She has helped so many in unhappy relationships. In a clip that she posted about a year ago, Diana talked about how a woman can recognize the many warning signs before a man becomes violent.

I just have to repeat that we are stunned. According to family, friends and neighbors, there was zero indication that anything like this could happen.

That Friday afternoon, the couple had an argument. Diana sent the children upstairs. According to Amir, it was a petty argument about something stupid, as he recounted after the fact. But that didn’t stop him from shooting her, twice, first in the leg and then in the head. The children heard the shots and their daughter ran downstairs and saw her mother lying dead on the floor. Amir called his mother and asked her to come and get the children. Then he called his supervisor at the police station and confessed what had happened. Close friends of the couple worry that if it could happen to Diana, it could happen to any woman. Her husband had never attracted any kind of negative attention. The whole episode has left us all with so many questions about how and why something so horrific could happen. 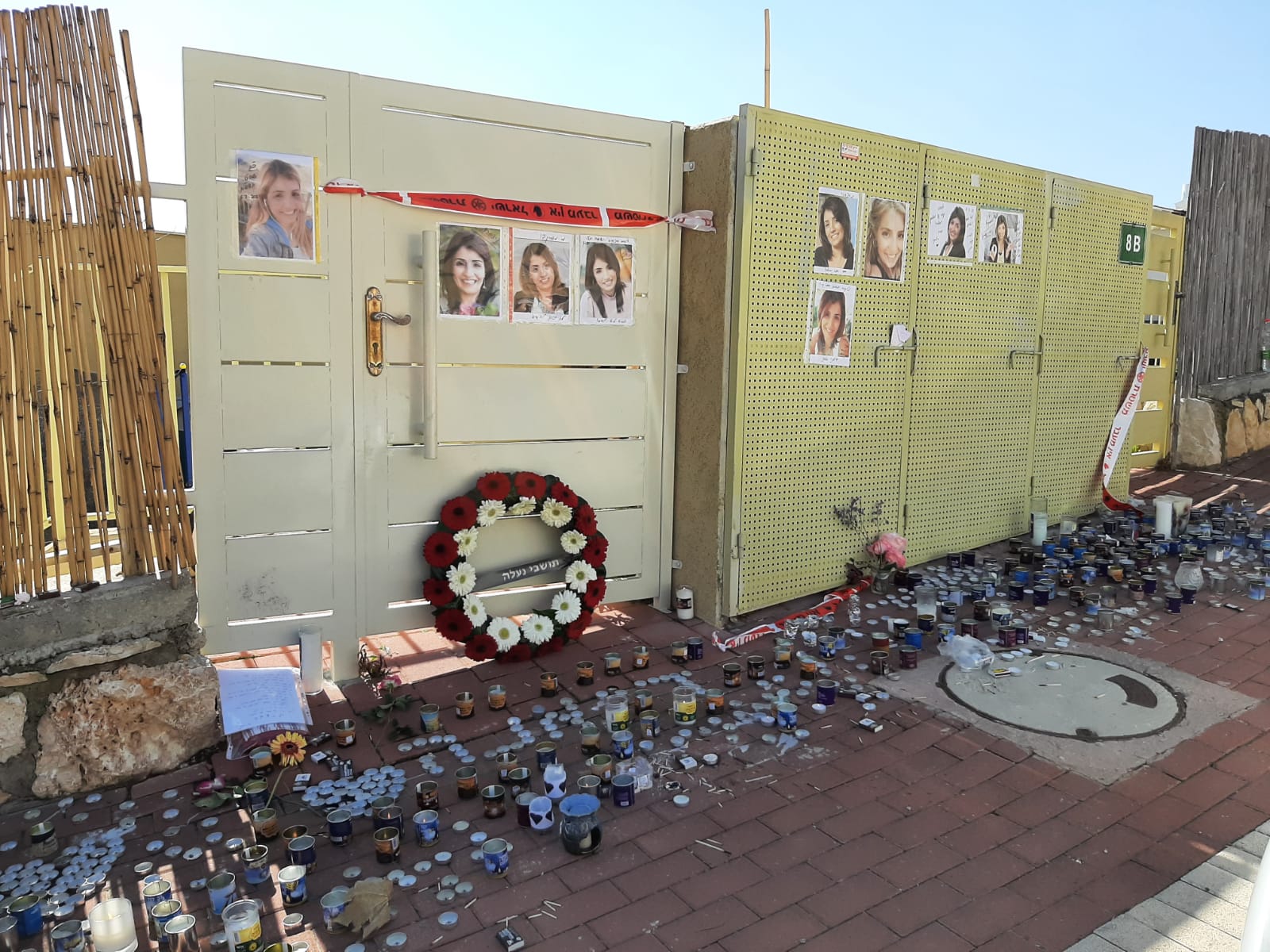 The family lived here. We also lit a candle in memory of Diana.

Friends of Diana from our village who were interviewed by the media talked about the so-called sir lachats (סיר לחץ), the pressure cooker in which we are all currently living. The repeated lockdowns, the rising unemployment, the closed schools–it’s resulting in a lot more tension and conflict within families. I wrote just last week about the pressure that parents in Israel are currently enduring. I know so many couples in our village alone who have separated since the summer. But who would have thought it would lead to murder? What else has to happen? What is the government waiting for? Is it worth sacrificing our families and traumatizing so many children over a virus that has a 98.5% survival rate?

I recently read in a Swiss newspaper that schools there were closed for two weeks last spring. It took just those two weeks for the Swiss government to realize that it was too much of a burden on families, and the schools never again closed, even during future lockdowns.

Our schools have been mostly closed for almost a year! It is frightening to think about the possible long-term consequences of this decision. Already families have been ruined by it. Since this last summer, we’ve watched no fewer than five couples we know from our small settlement split and tear their families apart, not counting this latest tragic murder.

Diana was buried early Sunday evening. May she rest in peace.