The ultra-Orthodox news site B’Hadrei Haredi published the traditional picture of the 36th Israeli government but chose to obscure the nine women serving in the government – an all-time record number of female ministers.

This aroused anger in the government. Minister of Aliyah and Integration Pnina Tamano-Shata attacked the website saying: “How much mental distortion is required to obscure women’s faces among this government’s ministers (of which I am one)? You may be able to obscure our faces, but not our being here, proudly leading and adding strength to Israel’s leadership. There is no connection between the photo and Judaism, but there is certainly a connection with the dark perception of women.” 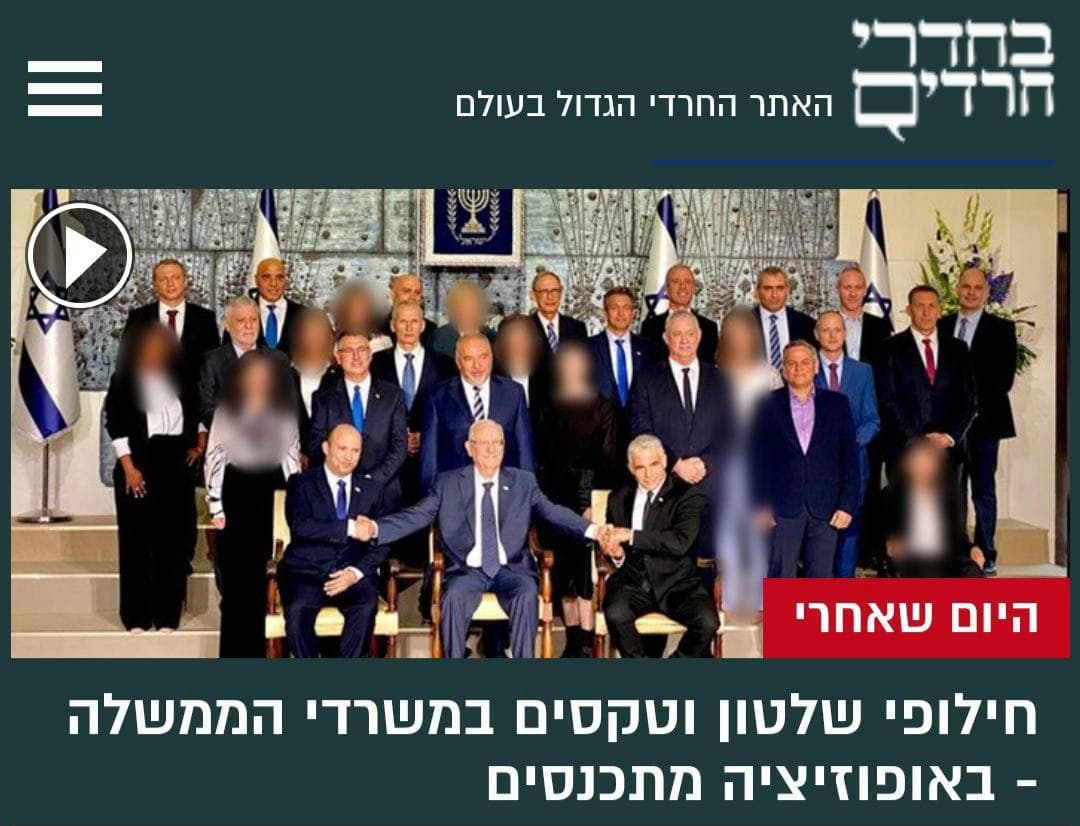 It is common practice for ultra-Orthodox websites to blur images of women, but perhaps more respect should be shown to our elected leaders.

Minister of Transportation Merav Michaeli took it more lightly, but still decided to strike back at the ultra-Orthodox site: “The ‘photoshopper’ at B’Hadrei should get a raise. Thank God there are a lot of (female) faces to blur in the new government. The more the better.”

Energy Minister Karin Elharar said: “It’s a shame, we’re part of the government, so let’s get used to it, because we’re growing.”

No official response was received from the B’Hadrei website. However, people who work on the site have said: “We do not exclude anyone. Women work for us and we respect women but do not want to open the door to talk because it is a slippery slope. If one day we were to put a photo of a woman, we will end up with a situation where women will regularly appear and those who surf our site do not want to see photos of women which is why they use our site. When it comes to live events, there are a lot of women, so we don’t obscure them.”