The New York Times’ documentary piece ”Whose Promised Land?” is, as we say in Israel, like serving up a volleyball only to get it spiked right back in your face. You asked for it, so you got it. That’s because the NYT put Israel (subconsciously?) in the only context in which this little country means anything at all – the Bible.

All three are straight from the Bible, and nowhere else. The whole world confirms these assumptions by insisting that there is only one place on earth known as “The Promised Land.” Even the ideologies singling Israel out as an evil state like no other are unwittingly admitting that Israel is a unique, one-of-a-kind place. In an almost uncanny way, and despite every possible criticism, the so-called “international community” continues to reaffirm the Balfour Declaration which basically calls Israel a land God promised to the Jewish people.

The question of whose promised land has been answered decisively not only in the same Bible that declares a promised land to a chosen people, but also by the historical record of the Jewish people’s connection to this land, by international law, as well as modern facts on the ground. To repeat, this was the promise to Abraham and his offspring the Jews: “To your descendants I will give this land” (Genesis 12:7).

To be clear, this land is neither spiritual nor some vague amorphous dreamland. It is a country with defined borders, which according to the prophet Ezekiel run from the Mediterranean in the west to Hamath in the north, to the Jordan River in the east, and Meribah in the south. Though one can argue about the exact demarcation, there can be no argument that this promised land’s borders are more or less the area now occupied by the modern State of Israel.

Following the prophet Isaiah, who called both the Jewish people and the promised land “Zion” (my people who dwell in Zion … and say to Zion ‘you are my people’), modern-day Israel is not some colonial racist project, as the likes of the NYT would like to paint her, but the realization of Zionist dreams of repossessing their homeland in Zion, of Jews returning to the land God promised them. 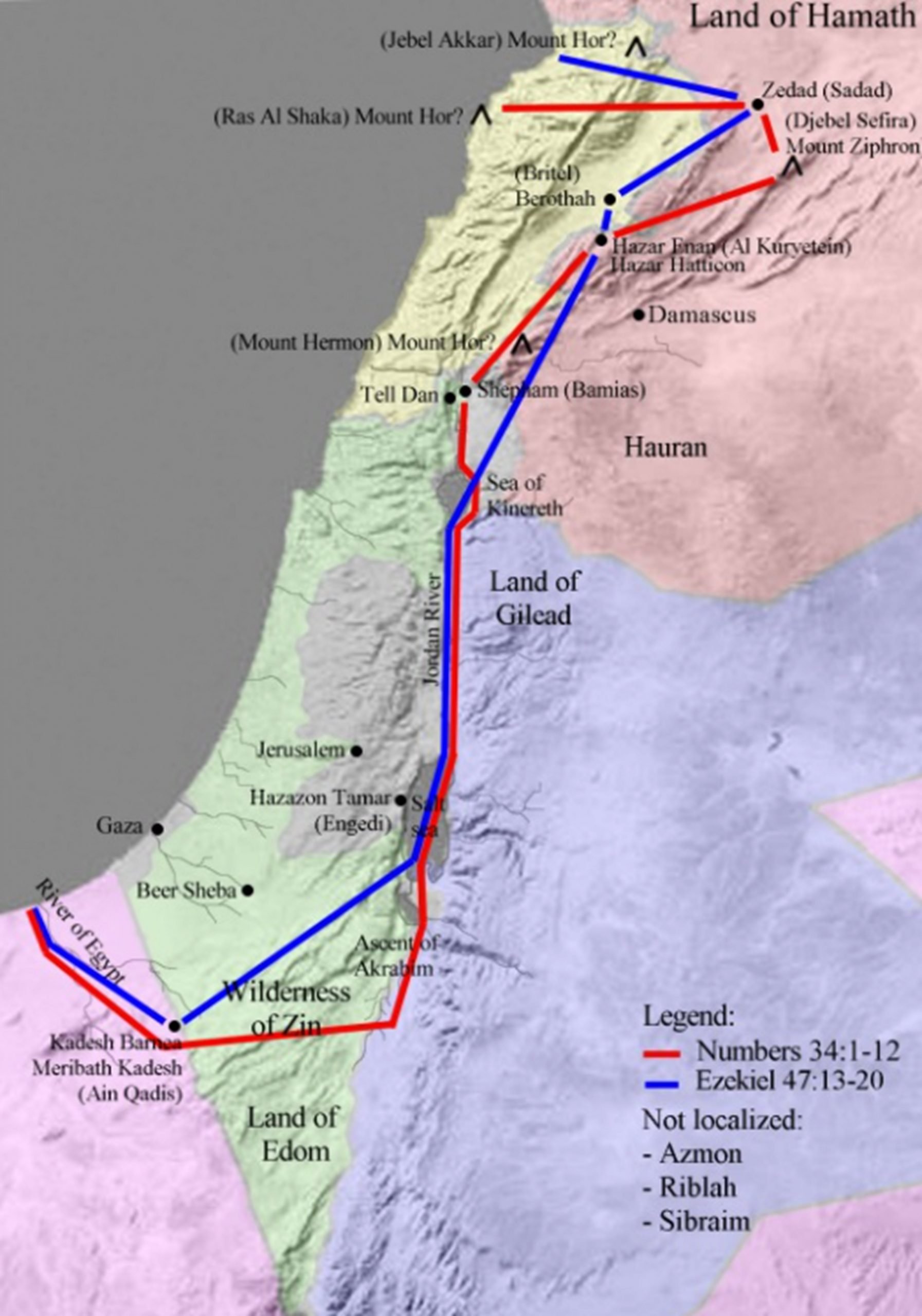 From Wikipedia: Ezekiel’s border of the Promised Land in relation to present-day borders

Once they framed Israel as the “promised land,” the NYT misery with Israel changes nothing. Their attempt to cast doubt on the rightful heirs of the Promised Land is of course not new. Christianity has claimed to be the rightful heir of the promises given to Israel, and to a certain degree so has Islam. However, Nissim Dana, author of Who Does This Country Rightfully Belong To?, has shown convincingly that the Koran and major Muslim scholars actually conclude that the Promised Land is a Jewish land.

Among the many sources Dana brings, he quotes from the 13th century scholar al-Qurtubi. The medieval scholar addressed Sura 7:137, which reads: “Whereas unto the people who [in the past] had been deemed utterly low, we gave as their heritage in the eastern and western parts of the land that we had blessed…” Al-Qurtubi interpreted this to mean that “the people of Israel have inherited al-Sham,” meaning the Promised Land in one border or another.

But all of this escapes the NYT, once a respectable newspaper and today a trashy progressive tabloid whose recent “documentary” about Israel looks in every way like one of Michael Moore’s documentaries, a piece of propaganda that paints a circle around a target for the darts of the enemy to aim.

Patrick Kingsley, who wrote the piece, did his homework well, which is why he “happened” to meet only the kind of people who support his agenda. He met, for example, with 86-year-old Shai Melamud from Kibbutz Kfar Giladi, who told him that Israel is not “the child we prayed for.” Why? Because of what he called the parasitic Orthodox community that is working to make Israel more Jewish.

Industrious Kingsley also just happened to bump into 77-year-old Levana Ratzabi who told him that “my entire life I experienced discrimination.” The Yemenite Jewess Ratzabi was speaking about the “unfortunate Mizrachis” who are treated like garbage by Israel’s Ashkenazi elite. Though no one with a sound mind would deny the experience of Ratzabi, hyping up the most extreme angle of the story serves only to portray Israel as racist, not only to Palestinians, but also to Jews who came from Muslim countries.

And on it goes until the documentary that started with a disillusioned Israeli ends up with the 62-year-old Shmulik Taggar, who told Kingsley, “Who cares whether it was your land, my land … live anywhere you want.” Promised land? Who are they kidding?

That this kind of “documentary” is a deliberate attempt to vilify Israel is beyond doubt. Nevertheless, by framing Israel within its true and historical biblical context, what the NYT meant for evil, God turned for good by reminding us all that the Promised Land is real, as is the Promiser and those to whom He gave the inheritance.