This article contains an interview with Arnold Roth, the father of Malki Roth, who was murdered in the 2001 Sbarro pizzeria suicide bombing. Twenty years later the girl’s parents still fight an uphill battle to see justice done for their daughter. The current and previous Israeli governments, however, have let down Malki’s parents and other relatives of the victims of the Sbarro massacre.

Monday, August 9 marked the 20th anniversary of one of the most horrific Palestinian suicide bomb attacks of the so-called “Second Intifada” (in Israel also referred to as the Oslo War) that started in September 2000.

Fifteen people were killed in the Sbarro massacre, as the suicide bombing is referred to by some Israeli media.

Among those killed were 8 children and a pregnant woman, while 130 people were wounded.

One of the injured, Chanah Nachenberg, remains hospitalized in a vegetative state until this very day.

The terrorist and his accomplice

Izz al-Din Shuheil al-Masri, the suicide bomber, was guided to the restaurant by Ahlam Tamimi, a young Palestinian woman who later was arrested by Israeli security forces and was subsequently given 16 life sentences. The female terrorist was the one who choose the Sbarro restaurant in downtown Jerusalem as the target of this heinous attack.

Tamimi disguised herself as a Jewish tourist and after escorting al-Masri to the entrance of the Sbarro restaurant, she escaped by bus to Palestinian Authority-controlled territory.

The 20-year-old Palestinian female terrorist never expressed any remorse for what she had done.

On the contrary, in interviews with Israeli and Palestinian media, she always expressed joy and pride over her murderous activities and recalled how she was initially disappointed when in the aftermath of the bombing Israeli radio first reported that only three people had died.

When Tamimi was interviewed while in jail, she revealed that she had observed the Sbarro restaurant for nine consecutive days and decided to carry out the suicide attack there, after she saw that a large number of people entered the place every day.

When the Israeli interviewer asked her if she knew how many children were killed, she answered: “Three.” She then was told the number was actually eight, after which she smiled and was visibly happy to hear she had been mistaken. 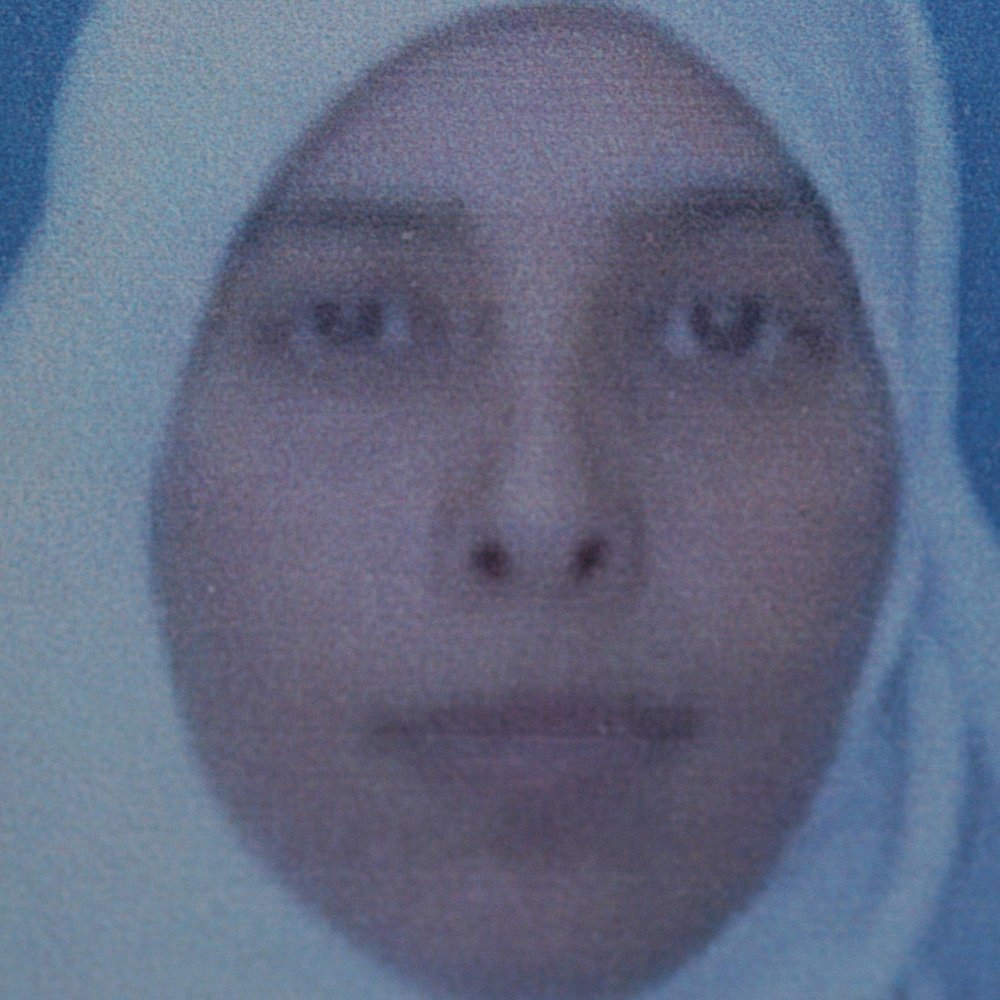 The face of evil. Ahlam Tamimi is not only free, she lives life as a minor celebrity due to her role in murdering so many Jews. Flash90

This female Palestinian terrorist served only 8 years of the 16 life sentences she was handed by an Israeli court before being released as part of the Shalit prisoner exchange deal with Hamas.

Tamimi then immigrated to Jordan, where she received a hero’s welcome and later was given her own TV show in which she repeatedly boasted of her role in the Sbarro massacre.

Tamimi used her public platform to promote Palestinian terrorism, increasing her influence on Palestinian Arabs who considered carrying out terrorist attacks against Israelis.

In the prisoner swap of 2011, then-Prime Minister Benjamin Netanyahu agreed to free more than a thousand Palestinian terrorists in exchange for IDF soldier Gilad Shalit, who was abducted by Hamas on June 25, 2006.

Among those released by Israel in two stages were 280 terrorists who were serving life sentences for various terrorist attacks that had killed a total of 569 Israelis.

Among the children who were murdered in the Sbarro restaurant was Malki Roth, the 15-year-old daughter of Arnold Roth and his wife Frimet. To this day, the Roth family fights to see justice done for their daughter after their request to Netanyahu not to release Tamimi in 2011 fell on deaf ears.

They also repeatedly traveled to Washington, DC to lobby the American government over Tamimi’s extradition to the United States, which has an extradition agreement with Jordan that dates back to 1995.

Malki Roth was one of two victims in the Sbarro massacre who held dual American-Israeli citizenship.

The US tried to formally enforce the treaty with Jordan, but the Jordanian High Court of Justice ruled in 2017 that the bilateral agreement could not be enforced since it had not been ratified by the Jordanian parliament. 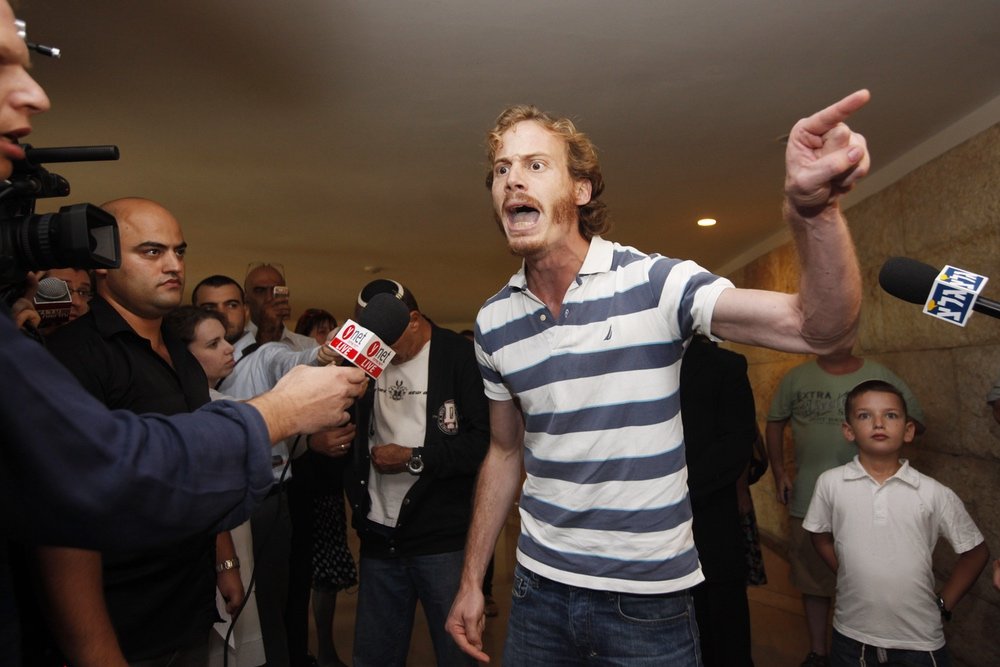 Israelis who lost family in the Sbarro massacre vehemently protest the release of Tamimi and other terrorists involved in the attack as part of the 2011 prisoner swap for abducted IDF soldier Gilad Shalit. Photo: Miriam Alster/FLASH90

Bennett, Lapid and the lack of change

Arnold and Frimet Roth are currently trying to lobby the new Israeli government to pressure Jordan and the United States regarding Tamimi’s extradition.

Israel Hayom reported on Monday that the Roth couple wrote a letter to Prime Minister Naftali Bennett begging him to discuss the issue of Tamimi with US President Joe Biden during the Israeli leader’s upcoming visit to Washington.

In the letter to Bennett, Arnold and Frimet Roth, after detailing Tamimi’s activities in Jordan and her lack of remorse, wrote the following:

“Sir, you are going to meet with President Biden at the White House. As a bereaved parent himself, he can certainly take a stand on extradition and justice without collapsing America’s relations with Jordan.”

On Tuesday, Arnold Roth gave an email interview to Israel Today in which he revealed that he and his wife hadn’t yet received an answer from Bennett, and that their request to apply pressure on both Jordan and the US was turned down by the office of Foreign Minister Yair Lapid.

Asked what he and Frimet felt on the day they commemorated Malki’s death, Arnold Roth wrote the following:

“My wife and I have been fighting a battle for justice since some weeks after the Shalit deal and the release of the woman, a convicted terrorist from Jordan called Ahlam Tamimi. Tamimi should never have been released in the deal, but our requests landed on deaf ears among the decision-makers, principally then-Prime Minister Benjamin Netanyahu and his circle of advisors.

“It has been and continues to be a turbulent period in our lives.

“One of the issues at the heart of these efforts to see justice done is the poorly understood role of Jordan’s absolute ruler, King Abdullah II.

“To be clear, Frimet and I have no relationship with him, no dialogue and no communication of any sort. There was a stage where we tried. But the unpleasant pushback from his people – and this includes Jordanian diplomats and Jordanian royal family members – ranged from outright rude and offensive (replies) to sullen silence. We stopped trying and don’t plan to start again.

“But if we changed our approach, what we would want to communicate to King Abdullah concerns his use of rhetoric by which he has implied over the years that he wants to raise his people out of the sewer of Jew-hatred and the embrace of lethal terror. We would tell him that taking decisive action regarding Ahlam Tamimi, a fugitive from US justice since 2017, in compliance with his treaty obligations to the US, would be the perfect way to do that.

“There is no other possible view of Ahlam Tamimi than that she is the admitted, proud and famous mass murderer of children. There is often an ‘other’ side to even the most clear-cut of issues in public life. But about Tamimi, there is none.

“What we wish Abdullah’s friends – especially his American friends who have huge leverage – would tell His Majesty is that the Tamimi case, which he and his advisors have catastrophically mismanaged since 2013, is an opportunity for him. The United States must raise its voice and say this clearly. (Why since 2013? It’s my understanding that that is when the US first requested Tamimi’s extradition from Jordan in off-the-record discussions. Jordan did not agree and continues to not agree today.)

“If the king and his counselors are unable to draw a moral and religious line in the Tamimi case and act on it, he and they will not be able to draw it anywhere else, and that has serious implications.”