Eitan Friedman, internal medicine expert at Tel Hashomer Hospital, is also the health commentator for Channel 13 TV. A few days ago, Dr. Friedman said that Israel should prohibit followers of Rabbi Nachman of Breslov from going to Uman, Ukraine, where the Rebbe is buried.

Mass assembly in Uman, he argued, will spread the virus in Ukraine as well as in Israel. But when addressing the same problem of spreading the virus during open-air anti-Netanyahu demonstrations, he said at the same session that “the rate of contagion in open air is minimal,” thus permitting (left-wing) political mass gathering, while condemning religious Jews for the same thing.

Friedman’s opinion is no different than of Israel’s “corona czar” Dr. Ronni Gamzu, who said nothing about the political demonstrations, but did speak vehemently against those wanting to go to Uman. And Gamzu’s professional opinion encourages others who clearly have a political agenda to in turn encourage even more people to come to these anti-Bibi rallies that have been going on for months now.

Gamzu’s approach may have also encouraged the Attorney General’s Office to issue new guidelines regarding policing demonstrations, guidelines that go so far as to now restrict the prosecution of demonstrators who break the law. Given the political bias of the Attorney General’s Office and the political context in which these new guidelines were given, it is pretty obvious that they actually encourage more people to participate in the anti-Netanyahu demonstrations. It further creates the impression that somehow left-wingers are immune to the virus. 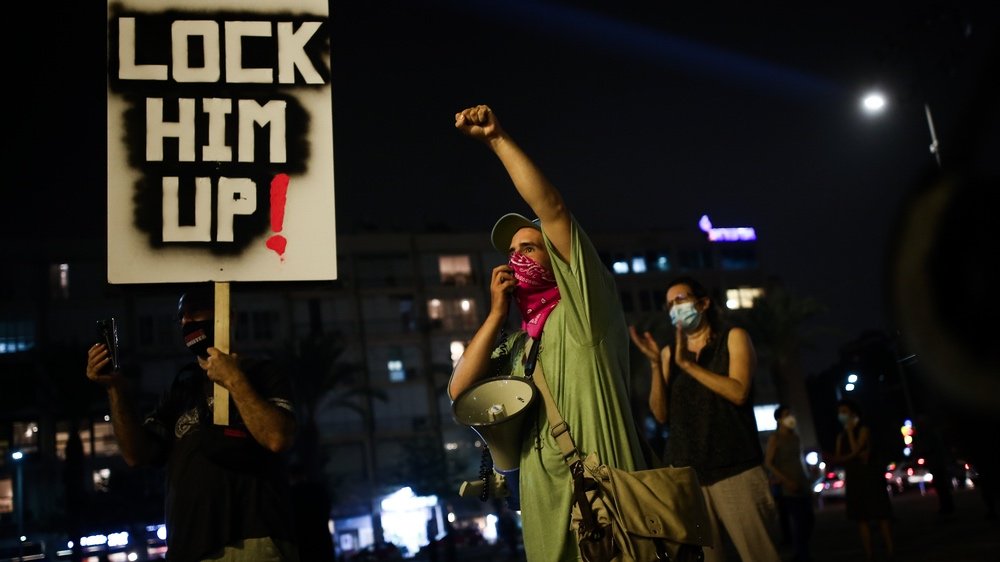 Freedom of speech means Israelis have still been allowed to gather in great numbers to call or Netanyahu’s downfall. Freedom of religion has not received the same treatment.

But even more alarming is the fact that such a carefree approach to the likelihood of mass infection at left-wing demonstrations brings people like Moshe Yaalon, head of the opposition Telem party and a former IDF chief-of-staff, to say: “Even if hundreds of thousands will be infected, which will require a full blown closure, it will not stop me from demonstrating.”

It seems to me that such reckless attitudes that are willing to risk the lives of untold numbers of people for political gain are only possible if one truly believes the cause to be worth dying for, to be sacred. For these experts at least, that cause is democracy and freedom of speech against the “crime minister,” as Netanyahu is now called.

This last point also serves to reveal what a right-wing government considers to be sacred.

Unlike the Temple Mount, where unrestricted numbers of Muslims are allowed to enter, the Western Wall, a place of Jewish mass gathering, is under strict restrictions. As the picture below shows, the Western Wall Plaza how now been divided to “capsules” that in all limit the number of worshipers to 300. During the holiday season in normal times, the same area brings tens of thousands of Jews together. What this means is that Israel, under Netanyahu, is limiting the freedom of worship, while allowing unmitigated freedom of speech. 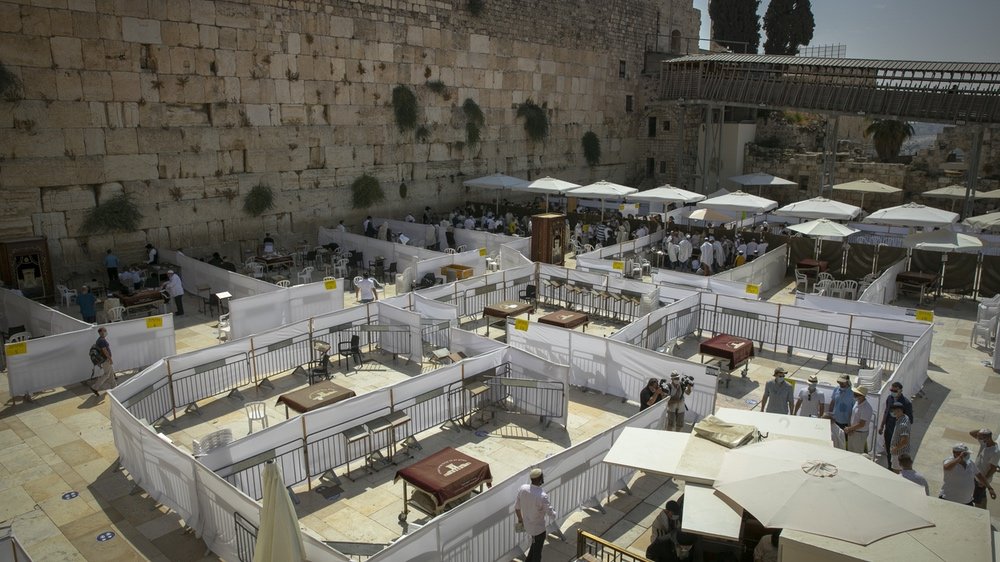 And indeed, freedom of speech remains not only undisturbed, demonstrations in its service are tacitly encouraged. The picture below illustrates the contrast between the sterile Western Wall environment and the Balfour Street contagious environment. 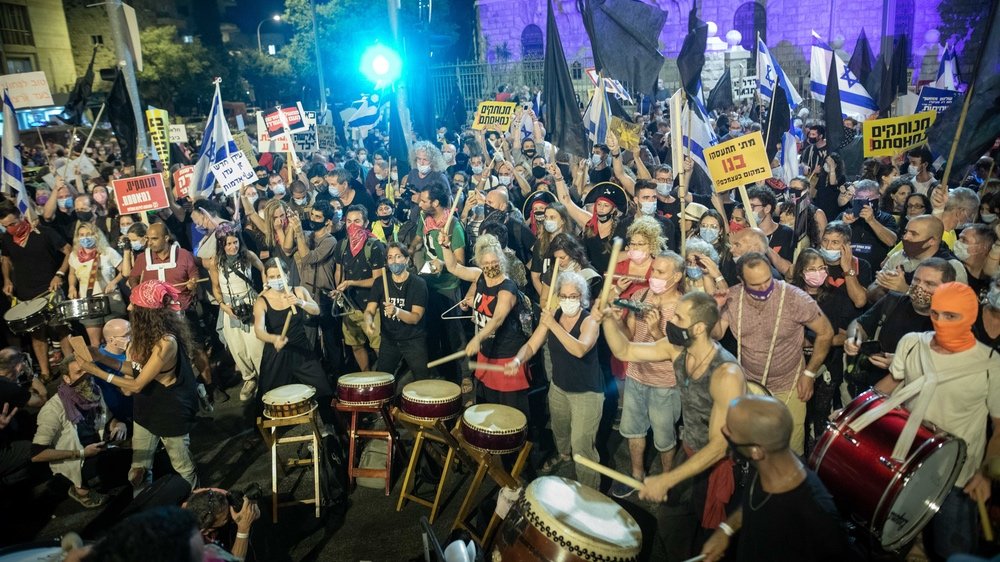 And it is not only the Western Wall. Highly-revered Orthodox Rabbi Chaim Kanievsky recently determined that government restrictions on the number of yeshiva students allowed to congregate in one place were to be ignored. The rabbi is greatly concerned that limiting the number of yeshiva students to no more than 50 in one place will result in neglecting Torah study, one of the most sacred duties for Orthodox Jews.

Rather than adhere to what looks like an arbitrary number, Kanievsky is now saying that every student should be allowed to study in yeshiva, provided he has first taken a coronavirus test. In this way, the rabbi believes, he has found the right balance between the two commandments of saving life on the one hand and Torah study on the other. But the reactions to Kanievsky’s sensible decision were quick and harsh. Dr. Gamzu stated that “the decision of R. Kanievsky puts the Orthodox community in danger.” Others were less polite.

This policy, that at least has the appearance of discriminating against religious people, is seen by the ultra-Orthodox as a policy against Judaism itself. Israel Cohen, a commentator for the Orthodox radio station Kol Baramah, expressed what many Orthodox think: “Dr. Gamzu hates the Orthodox. He sent an antisemitic letter to the president of Ukraine … imposes disproportionate closure on Orthodox cities and neighborhoods, attacking R. Kaneivsky … enough, resign!”

This anger, which is shared by the Orthodox political leadership, has translated into a crisis between Netanyahu and the Orthodox political parties, who are now threatening to leave his coalition and make it difficult, if not impossible for him to form a future government. This pressure resulted in Netanyahu changing the closure instructions on some 30 cities and neighborhoods from a full closure starting on Monday to a nightly curfew. And this decision shows once more that, at least in Israel, science and ideology are an inseparable pair.