It wasn’t enough that, unprovoked, Israeli Arabs had already rioted mercilessly, killing one Jew, wounding many others, looting 386 Jewish apartments, damaging 673 Jewish homes and setting fire to 10 synagogues, 112 houses and 849 cars. On Tuesday, they also went on a nationwide strike. According to Mohammad Barakeh, head of the High Follow-Up Committee for Arab citizens of Israel, this was done to protest “an overall attack on Arabs in general and [on Arabs] in mixed cities in particular.”

Just in case anyone is tempted to believe Barakeh’s deceitful portrayal of events, the Jewish response to the aforementioned pogroms, which only came after local Jews realized the police were of no use, resulted in 13 Arab-owned cars being torched and 13 Arab apartments damaged. Further demonstrating the disparity, and if it’s even possible to count such a thing, Walla journalist Liran Levi reported that while 5,018 rocks had been thrown at Jews, just 41 had been thrown back at Arabs.

So much for an “overall attack on Arabs” by Jews. In fact, some Jews, like the residents of the town of Katzir, are still being ordered by police not to leave town for fear of violence by Arabs from neighboring villages, who are free to move about and block highways. 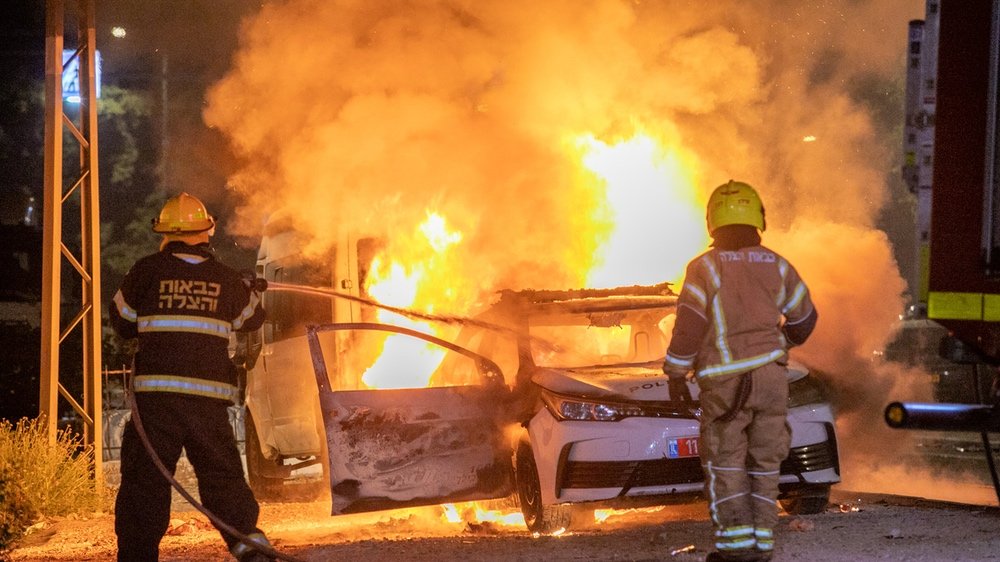 Arab rioters have set much of Israel ablaze, shocking those who thought coexistence was on the rise.

This strike was nothing short of a show of solidarity with those who are, quite frankly, Israel’s enemies. And so many Israelis were astonished when Cellcom, the largest of Israel’s major mobile service provider, published on Monday an ad campaign that effectively called on Israelis to forget what had happened over the preceding days and on Tuesday join a one-hour “protest for coexistence, fraternity and unconditional love.” On Tuesday, the same day as the Arab strike, Cellcom forced its 3.4 million customers to do just that when it cut service for one hour.

Though non-Israelis may not get it, this kind of rhetoric is blatantly progressive. Only lefties would dare overlook the implications of what is happening and opt for infantile slogans like “Jews and Arabs refuse to be enemies,” which appeared on another Cellcom poster. This “Kumbaya” attitude makes right-wingers indignant as it expresses sympathy for those attacking their own people.

Worse still, this platitude is perceived by Arabs as a white flag hanged from the porches of Jewish homes. The following tweet well illustrates this. It reads: “Yet another absurd moment: In one of the (social media) groups for Jaffa residents they ask who wants to hang up a sign on the porch reading, ‘Jews and Arabs refuse to be enemies.’ Dozens of Jews are interested. Also one Arab.”

This is precisely how social media celebrity “The Shadow” understood it. The Shadow is the stage name of rapper Yoav Eliasi, who enjoys enormous popularity among right-wingers. Eliasi addressed the Cellcom ad campaign on his Facebook page, writing: “The days of grooming yourself at our expense in a pathetic attempt to look like bleeding heart people are over … instead of standing with Israel (Cellcom) has opted for a strike not for coexistence but for … turning the perpetrators into victims … we should unsubscribe from Cellcom … me and my family have done that.”

The next day, The Shadow reported that within hours at least 30,000 Israelis had dropped Cellcom, and the company’s shares were collapsing, resulting in a loss of 4% of its overall value. One of those who decided to leave Cellcom was the head of the Judea and Samaria regional council, Yossi Dagan. He saw Cellcom as “an Israeli company that forgot to which side it belongs … we have a country at war and those who are not identifying with the state are not part of it.” Dagan unsubscribed the entire council from Cellcom.

In response, Cellcom CEO Avi Gabbay, former head of the Labor Party, tried to downplay the criticism as nothing more than a misunderstanding of the ad campaign. This wasn’t a “protest,” he insisted, but rather a call to come together, a call or coexistence. In hindsight, he acknowledged that “the unfortunate timing (of the strike) allowed those trying to fan the flames (people like The Shadow) to connect between the two things (Arab strike and Cellcom strike).”

I doubt if anyone is buying this lame excuse that serves only to escalate the hostility between Israeli Jews, now divided as they are into two bitterly opposed camps, one which stands for a Jewish state, and the other for a non-Jewish democratic state.

While wars once galvanized all factions in Israeli society (except for Arabs), they are now becoming just another opportunity to sharpen the differences between these two camps.

An alarming example of this is Opposition Leader Yair Lapid, who is trying now to form a left-wing government. But Lapid realizes that his chances to do so are slipping away between his fingers. Because of the Israeli Arabs fighting Israel shoulder-to-shoulder with Hamas, Bibi-averse leaders on the Right like New Hope’s Gideon Sa’ar and Yamina’s Naftali Bennett now have no choice but to reject a “government of change” that includes or relies on the Arab parties. So Lapid is now blaming Prime Minister Benjamin Netanyahu of starting this war for his own personal gain. 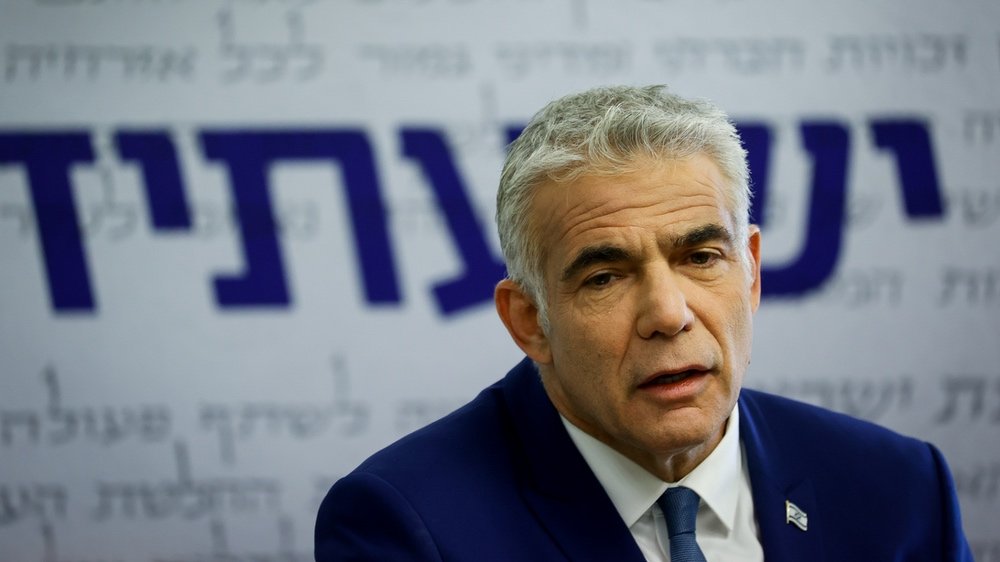 Lapid is understandably upset that the war cost him the chance to form a government. But accusing Netanyahu of actually starting the war comes across as desperate.

This latest narrative, that blames the Right for the Arab attacks on Israel’s very sovereignty, is spreading now like a wildfire in the Left bloc. This self-blaming false narrative is identical to the narrative perpetrated by mobs from New York to London, who with every new Israeli attempt to protect its sovereignty at all costs are becoming more vitriolic and more convinced that Israel is systemically evil.

But the picture is only bleak if one forgets that the existence of Israel defies the decaying effects of nature, which includes all kinds of political structures and powers. Its existence has proven to be more resilient than any Jewish folly, and one wonders along with many other Israelis, whether or not this present round of violence is that which will prevent the kind of government that is committed to turning Israel into just another natural entity.