(JNS) When Israel’s Ra’am Party froze its membership in the government coalition last month over the Temple Mount riots, the decision came not from the party’s leadership but from a body called the Shura Council. Earlier this month, reports surfaced that the council would force Ra’am to quit the government altogether, a move that would topple it. Opposition leader Benjamin Netanyahu, seizing on the government’s distress, declared to the Knesset on May 16 that the Shura Council “has complete control” over the government.

See: Are Muslims Holding the Keys to Israel’s Kingdom?

While Ra’am returned to the coalition, ending the crisis, the question remains: what exactly is the Shura Council?

The Arabic word “shura” (consultation) comes from the Koran’s 42nd surah, which instructs Muslims to conduct their affairs by “mutual consultation.” Ra’am is the political party of the southern branch of Israel’s Islamic Movement, an offshoot of the Muslim Brotherhood, so unsurprisingly its Shura Council, which makes decisions not only for Ra’am but for the southern branch as a whole, is often described as a religious body.

“It consists of about 32 members who are elected by a general assembly of 500 to 600 members, including men and women. They meet about once a month, more if there’s a decision that needs to be made,” said Meir Elran, senior research fellow at Tel Aviv’s Institute for National Security Studies (INSS) and the head of its Homeland Security Program, a research program on Israel’s Arab citizens.

However, according to Elran the members of the general assembly and the council are, in the main, not religious figures.

“They are politicians and people involved in the party administration, including Knesset members and local representatives of the Arab communities and other dignitaries,” he said. He described them as young, “the majority in their 40s, and quite educated.”

“If you ask them, they are religious,” said Elran, “But their Islamist traits are not nearly as conspicuous as one would expect.”

Elran likens the Shura Council to committees that run political parties in other countries.

“They’re not really more or less religious than the Shas [Party] people,” he said, referring to a Haredi party in Israel. 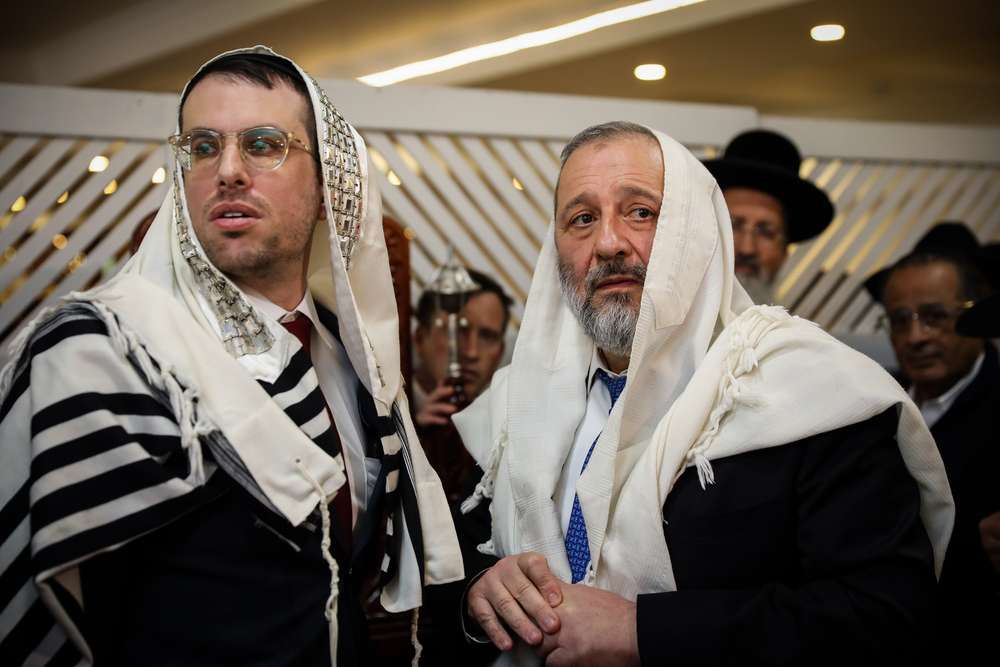 Such comparisons don’t sit well with Mordechai Kedar, a lecturer at Bar-Ilan University and a scholar in Arabic culture, who told JNS that the southern branch of the Islamic Movement seeks to establish an Islamic state in place of Israel.

The southern branch is often depicted as moderate, especially in comparison to the “more dogmatic” northern branch, from which it split in the mid-1990s, he said.

The northern branch, which was banned by Israel in 2015 over its ties to Hamas and the Muslim Brotherhood, refuses to participate in Israeli national politics on the grounds that the country is an illegal entity. Kedar insists that only the strategy of the two branches differs; the goal is the same.

“They both believe that Israel as a Jewish and democratic state has no right to exist,” he said.

When Abbas told Israel’s Channel 12 in December that “Israel was born a Jewish state … it was born this way and it will remain this way,” many hailed it as a breakthrough.

However, said Kedar, the party has a completely different message for its own people.

“If you read what they write in Arabic, Israel is a totally illegitimate state,” he said.

He went on to state that while the southern branch might appear to run its political machine in a way similar to other countries, there was no difference between politics and religion in Islamic thought.

“We think that they make the same division that we do, but in Islam, politics and religion are two sides of the same coin, if not all the way on the same side of the coin, because religion without politics is nothing, while politics without religion is also not much,” said Kedar.

The rise of Ra’am does not signify greater Arab integration into Israel, he added.

“They say, ‘Look, we don’t like this country, but let’s promote Islam in order to resume the jihad when conditions will be better for us. In the meantime, we can take money from the country and take advantage of the democratic institutions of the state,’” he said.

INSS research fellow Elran disagreed, arguing that the entry of an Arab party like Ra’am into Israeli politics was a positive development.

“It’s one of the most important things that has happened to Israeli democracy,” said Elran. “This enhances the democratic fabric of this country,” he added. “For many Israelis, an Islamic party is totally treif [untouchable.] For them, there is no difference between an Islamist party, Hamas and Islamic State. This is not my understanding of the situation.”