When Sirens Are a False Alarm

We need to look at the positive. What other country went through a war during the Corona pandemic, apart from Israel?

This week, on June 1, nearly all Corona restrictions in Israel will be lifted. The relaxation of these measures also applies to non-vaccinated people. Since mid-April it was no longer necessary to wear protective masks outdoors, only in closed rooms or public transportation. And during the recent Gaza war, the pandemic was all but forgotten.

In May we were invited to Amira and Roi’s wedding. Amira is the daughter of Shlomo, my neighbor and business partner in our winery. Some 500 guests on a rooftop terrace in Jaffa at sunset. No “green passport” necessary. Vaccinated and unvaccinated alike were welcome. No protective masks. But the wedding almost fell through, not because of the coronavirus, but because of the unrest in Jaffa and the rocket attacks on Tel Aviv. The ceasefire came just in time, and the wedding went ahead as planned. It was interesting that the rocket threat had overtaken the corona threat.

And now we’re about to return to a normal life, everyone, those who took the vaccine, and those who didn’t. The only serious remaining restrictions will be on tourism. In fact, the entry of tourists might even be further restricted as Israel aims to prevent the infiltration of new virus variants. Meanwhile, the people of Israel are happy to return to a normal life. Everything is open to everyone. Restaurants, bars, sports halls, concerts, cinemas, schools, hotels, swimming pools, flights and everything else that we forgot over the past year. There is no longer any talk or doomsday warnings of a “two-class society” in the Jewish state.

Where are those who for months criticized Israel’s vaccination policy, claiming that the government was turning the unvaccinated into an internal enemy? Some went so far as to draw comparisons between the Nazi regime and Israel’s policies toward vaccinated and unvaccinated citizens. As one Messianic Jewish leader wrote: “What are we to do if we can no longer fly to visit our children without two vaccine doses, or go on our annual fund-raising tour, or to the cinema or work?” We are going to do what we have always done: Get on with life.

See: Response to Messianic Claims That the Vaccine is a Plot of Satan 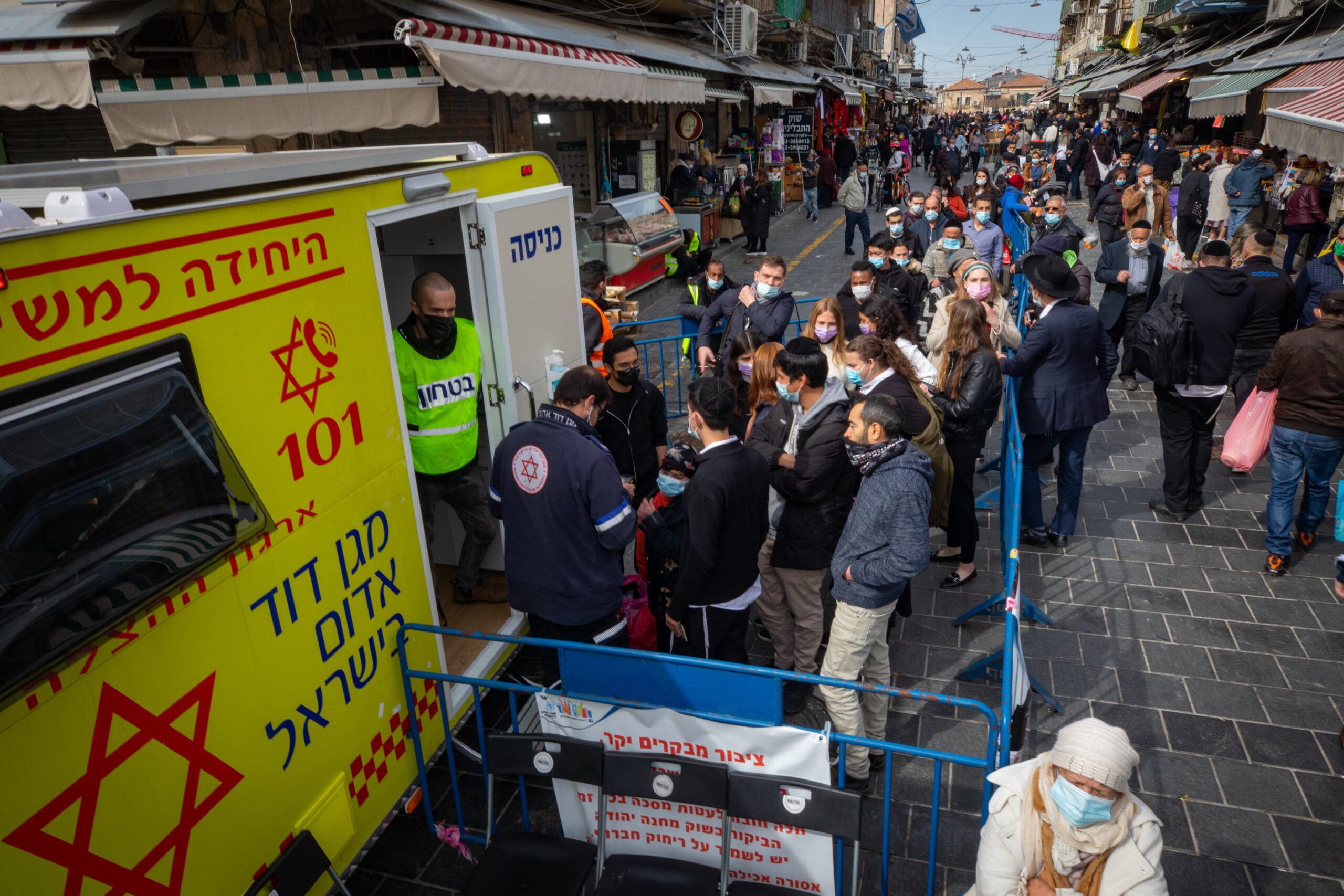 The Israelis stood in line to get vaccinated. And it was worth it.

The point is, the sirens of an apocalyptic “two-class society” sounded the alarm for months, but the “rockets” did not find their target. Israel is open to everyone. And now those who engaged in this scaremongering on social networks have fallen silent. Why aren’t they proclaiming a time of joy now that we have overcome? I spoke to some friends here in Israel who declined the vaccination and who today now admit that the warnings of a “two-class society” were unwarranted. They remain fundamentally against the vaccine, and that’s fine. Only they can decide whether or not to take the jab. (Whether the various vaccines are good or evil, or if the pandemic is genuine or a hoax, I leave all that to others.) It is a miracle that Israel has overcome the Corona pandemic. Five-and-a-half million Israelis were vaccinated. Some 840,000 Israelis were infected with the virus, recovered and are now immune. Today in Israel there is a positive infection rate of just 0.1 percent. Everyone now understands that at this point Israel is over the pandemic. Could it return? Maybe. But we’ve got other more pressing matters now. 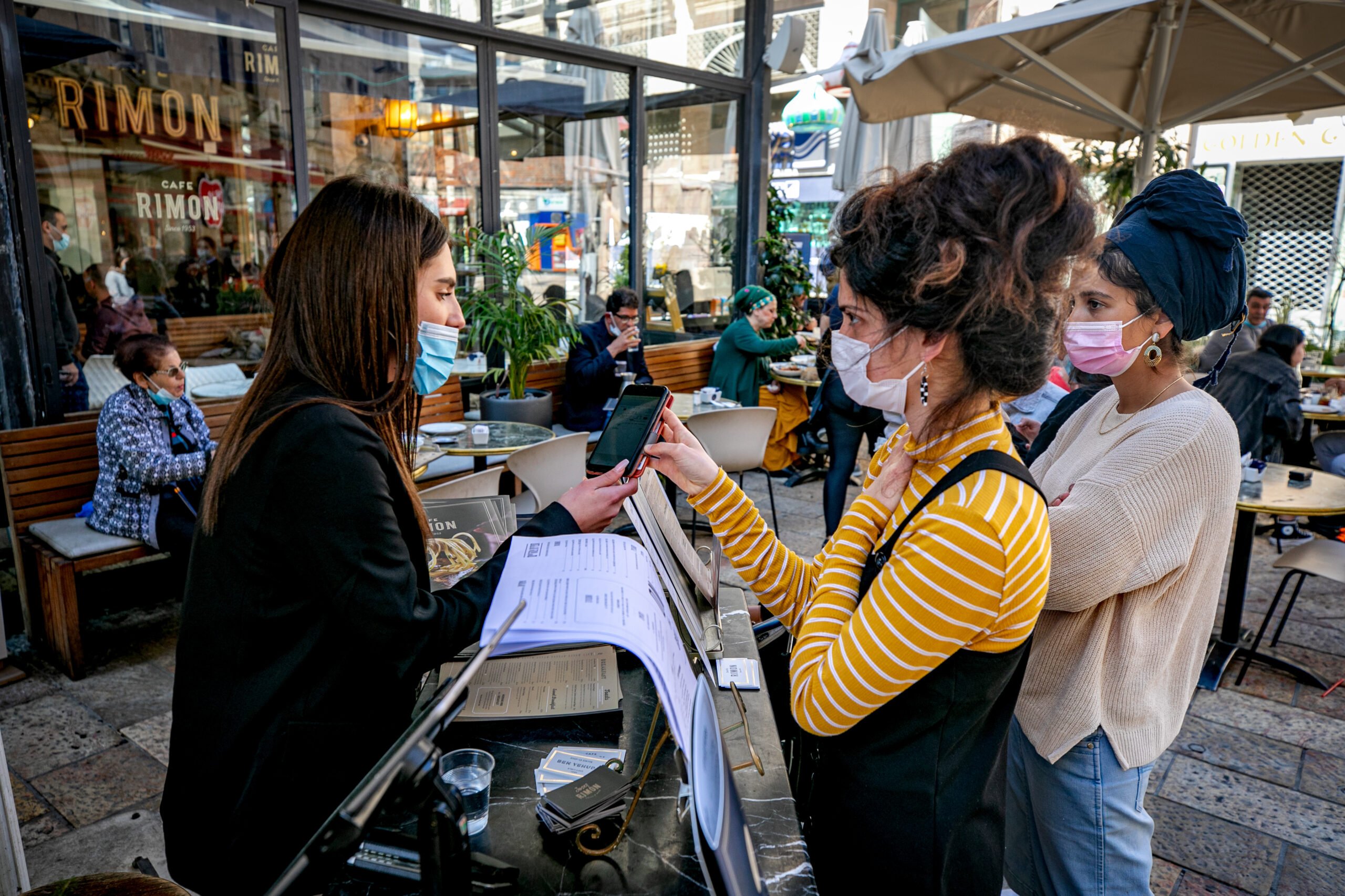 From June 1st, that will be history. Israelis show their “Green Passport” at the entrance of a café.

Most Israeli never really took seriously this idea of ​​a “two-class society.” You only really heard such things on the “fringes” of society. Even if there were individual cases here and there in which unvaccinated people were not allowed into schools, kindergartens, workplaces or hospitals, it was not an official policy. It is true that I know of two cases in which Israelis lost their jobs temporarily because they were not vaccinated. But I also know of cases in which Israelis have lost their jobs for ethnic, political or religious reasons. Or the case where Messianic Jews were forbidden to celebrate in a wedding hall because they were Jews who believe in Jesus. But that’s another problem in Israel.

In conclusion, there are already enough negatives in this life. Wouldn’t it be better to shed more light on the positive things? What other country endured a war even as it led the battle to end the Corona pandemic? Only Israel. Let us thank God that Israel did not fall into a “two-class society.”