Israel’s new COVID-19 initiative known as the “Happy Badge” goes into effect this week following tense government debates over how to curb rising infection rates, while at the same time not doing any further harm to society and the economy.

On Friday Israel registered over 1,000 new daly COVID-19 infections for the first time in months. Prime Minister Naftali Bennett cautioned in a national television address that if the public did not start cooperating with more mild restrictions, eventually there would be no option but to impose another nationwide lockdown.

In an effort to put a positive spin on the current situation, the government decided to impose those new mild restrictions under the label of “Happy Badge.”

Really, it’s much the same as the “Green Passport” initiative Israel implemented last year, but with slightly more permissive conditions.

Under the “Happy Badge” system, all large indoor events must comply with the following:

There are for now no restrictions on the number of participants or specific activities.

These guidelines will allow Israelis to hold weddings, bar mitzvah’s and other large social events, including gathering with family and friends during the upcoming High Holidays of Rosh Hashanah, Yom Kippur and Sukkot. 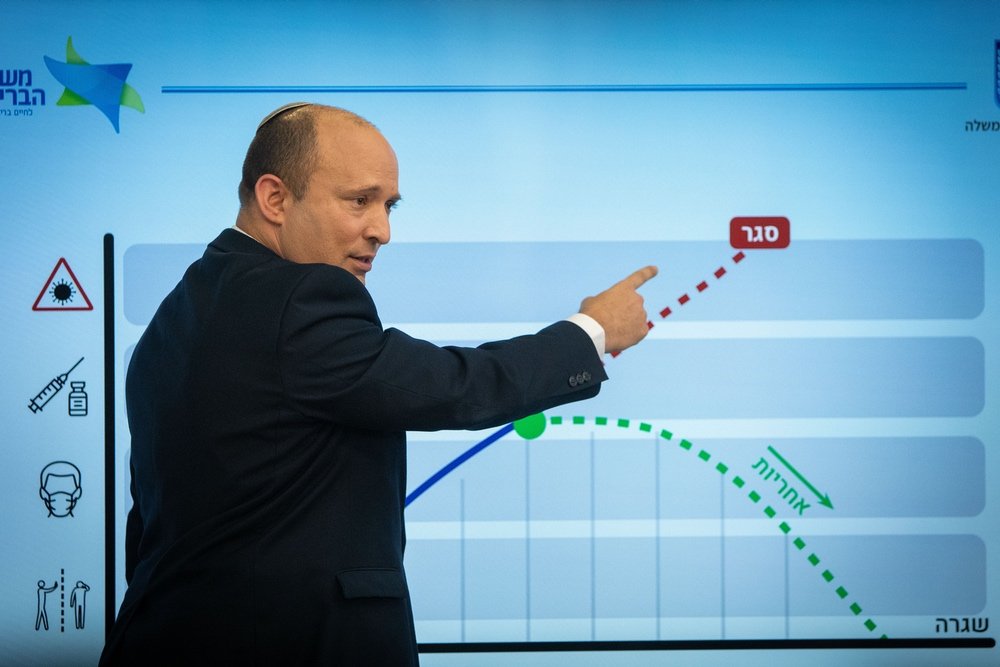 Good, but not enough?

Professor Cyrille Cohen, a leading Israeli immunologist, told The Times of Israel that the government’s new initiative is a good start, but might not be enough to halt the rapid spread of the so-called “Delta” variant.

“The numbers of infections are not going down, so we will eventually have a few hundred people in critical care if we don’t stop the spread,” warned Prof. Cohen.

He still believes that “light measures” can be sufficient for defeating the Delta variant, but was adamant that won’t happen without strict enforcement.

The professor also wasn’t entirely pleased by the government’s decision to reduce the quarantine period for returning unvaccinated Israelis to just seven days. He said this will encourage even more Israelis to travel abroad this summer with their unvaccinated children, thus increasing the likelihood of additional variants entering the country.

Caution, but not exaggeration

The former head of Jerusalem’s Sha’are Zedek Hospital, Prof. Jonathan Halevy, said he thinks Israel is at the moment engaging in “exaggerated panic.”

Speaking to Radio 103FM before the weekend, Prof. Halevy said he is in favor of the new moderate restrictions on large gatherings, but doesn’t understand the fear-mongering by government officials threatening a new lockdown.

He noted that “while there has been a significant spike in the number of new COVID cases, the number of seriously ill patients has remained low.”

Indeed, during the first and second waves of coronavirus infections, the primary concern was overtaxing the healthcare system to the point of collapse. With the vast majority of adult Israelis now fully vaccinated, that doesn’t appear to be a problem, even with the increasing spread of the Delta variant.

Prof. Halevy warned against becoming complacent, but also stressed that “panic shouldn’t be determining what steps we take.”