If you really want to understand what’s happening in Israel, make sure to ignore The New York Times’ renowned columnist Thomas Friedman, who could lead you to believe that Netanyahu started Operation Guardian of the Walls for his own personal gain. This ugly and false narrative, perpetuated now by progressive Jews, has nothing to do with reality, and everything to do with a dangerous Anti-Zionist agenda.

In his last column, Friedman wrote that “just as a mob was unleashed by President Donald Trump to ransack our Capitol on Jan. 6 in a last-ditch effort to overturn the election results and prevent a healing unifier from becoming president, so Bibi and Hamas each exploited or nurtured their own mobs to prevent an unprecedented national unity government from emerging in Israel — a cabinet that for the first time would have included Israeli Jews and Israeli Arab Muslims together.”

According to Friedman, the Likud voters representing 30 seats in Knesset is akin to the Capitol Hill mob and is trying to overturn the recent election. The fractured Left bloc, on the other hand, is standing for a “dream come true” unity government that includes Arab Muslims. But now, because of Bibi, this dream went up in the smoke of Jewish apartments and synagogues burnt by Arab Muslims in the cities of Lod and Acre and Jaffa. It has evaporated only because Bibi incited “the other” to beat Jews to death. This unborn fetus of a “unity government” was aborted, so Friedman tells us, only after Bibi kicked Israel’s belly by aggravating Arabs who then tried to kill Jews at the Damascus Gate of Jerusalem’s Old City.

Also according to Friedman, Bibi is no better than Israel’s enemy, Hamas leader Yahya Sinwar, who for his own power game, Friedman again tells us, decided to fire missiles at Jerusalem. Both are tyrannical leaders holding power undemocratically.

The amazing thing about Friedman is that he is saying all of this while admitting that Ra’am (the Muslim party that might’ve been in the now-shelved unity government) and Hamas share the same goals. “The United Arab List, also known as Ra’am, headed by Mansour Abbas,” he writes, “is an Israeli Arab ‘Islamic movement’ party that comes from the same broad realm of political Islam that Hamas does, except that it is nonviolent.” This “broad realm,” it should be noted, also includes the eradication of Israel (nonviolently). And as “nonviolent” as Ra’am is, Bedouins who voted for this party, Friedman surely knows, are causing havoc in Israel’s south. 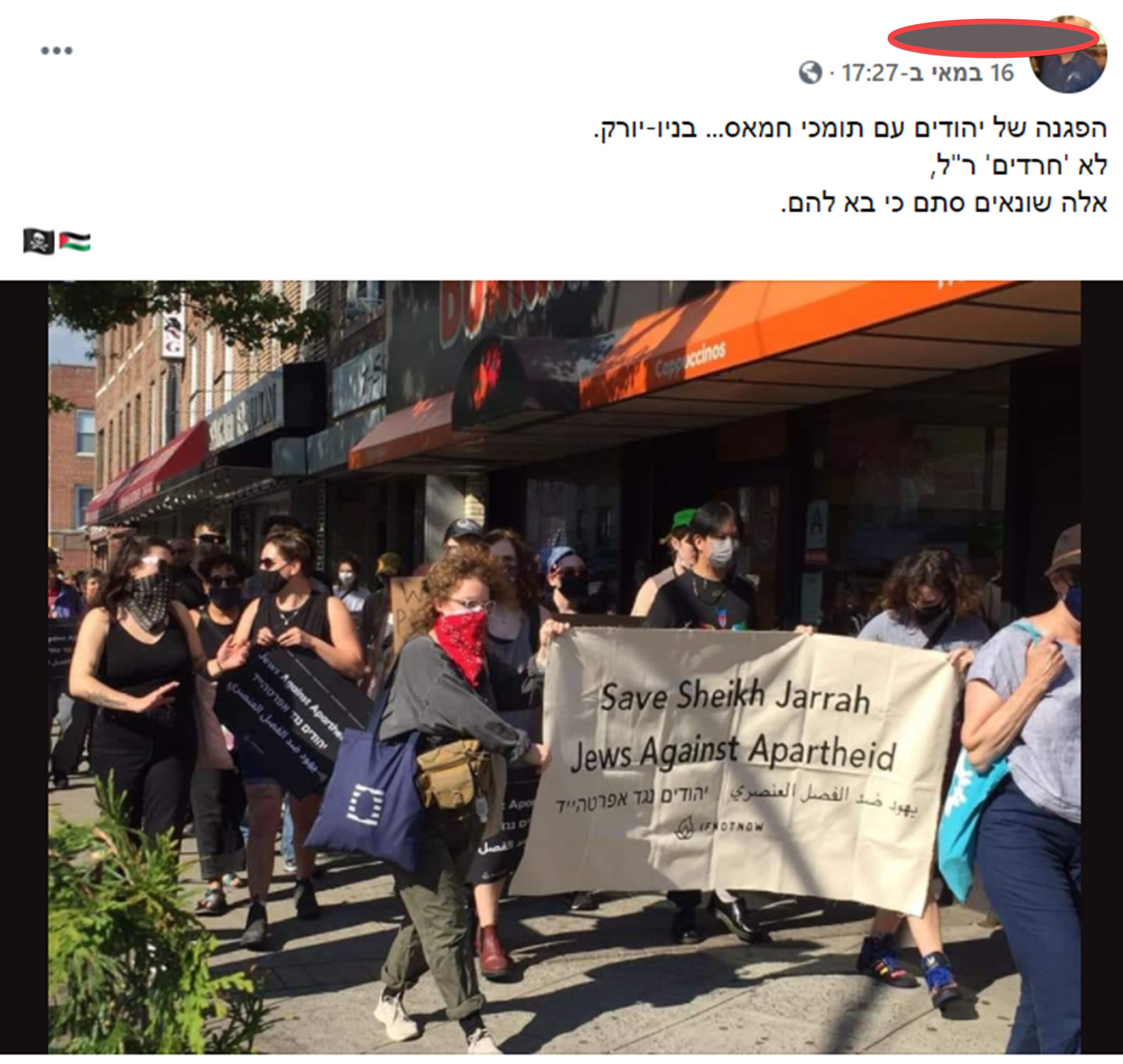 Every paragraph in Friedman’s column reflects the sentiments of those “Jews Against Apartheid,” who are really Jews for apartheid protesting against Jews living in the neighborhood of Simon the Righteous, which they prefer to call Sheik Jarrah. The same Jews who are screaming together with the pro-Palestine mobs that all Jews should be transferred from the future Palestinian state in the West Bank. Apartheid, in case one has missed it, is the hallmark of Jews Against Apartheid.

And no, don’t let Friedman deceive you. His ilk doesn’t reflect Israel’s Jewish majority. Not by a long shot. He can blame Netanyahu all day long, forgetting that without him, a right-wing government of some 70 seats could have been a reality yesterday.

It is not without good reason that a growing number of Israelis understand now, certainly much better than a week ago when Israeli Arabs started anti-Jewish pogroms, why the most important daily prayer, the Amidah, includes the following: “Let there be no hope for informers, and may all the heretics and all the wicked instantly perish; may all the enemies of Your people be speedily extirpated; and may You swiftly uproot, break, crush and subdue the reign of wickedness speedily in our days.”