With the coronavirus, coalition tensions and protests still grabbing headlines, news of a different kind occupied Israelis today (Thursday 11/19). Deni Avdija made history for the Jewish state as he became the country’s highest drafted player in the NBA, taking the 9th spot.

He is the 4th Israeli national to ever play in the best league in the world, after Omri Casspi, Gal Mekel and T.J. Leaf, however he is the most promising prospect yet as only Casspi and Leaf drafted in the 1st round (23 and 18 respectively), with 3 other Israelis making it to the 2nd round, having not played for any team.

The organization to secure Avdija is the Washington Wizards. He will sign a three-year rookie contract and earn about $12.5 million during that time. Quite the sum for a 19-year-old. For comparison, first place in the draft gets over $25 million and second place will earn close to $23 million. In contrast, whoever is selected in 30th place, that is, at the bottom of the first round, will earn a much lower amount estimated at about $4.5 million in the first three seasons in the NBA.

Basketball is the 2nd most loved sport in Israel after soccer, and perhaps the one in which Israel is most successful on the international stage. Maccabi Tel Aviv (MTA) holds the record as the 3rd most successful basketball club in the Europe! The Euroleague is considered the 2nd best league for basketball in the world, in which MTA has claimed 6 titles, and finished as the runner-up 9 times. Israel’s under-20 national team recently won 2 consecutive European championships (2018, 2019), and Deni played a part in both those wins, both times earning a spot on the the All-Tournament Team, and was awarded Most Valuable Player in 2019. 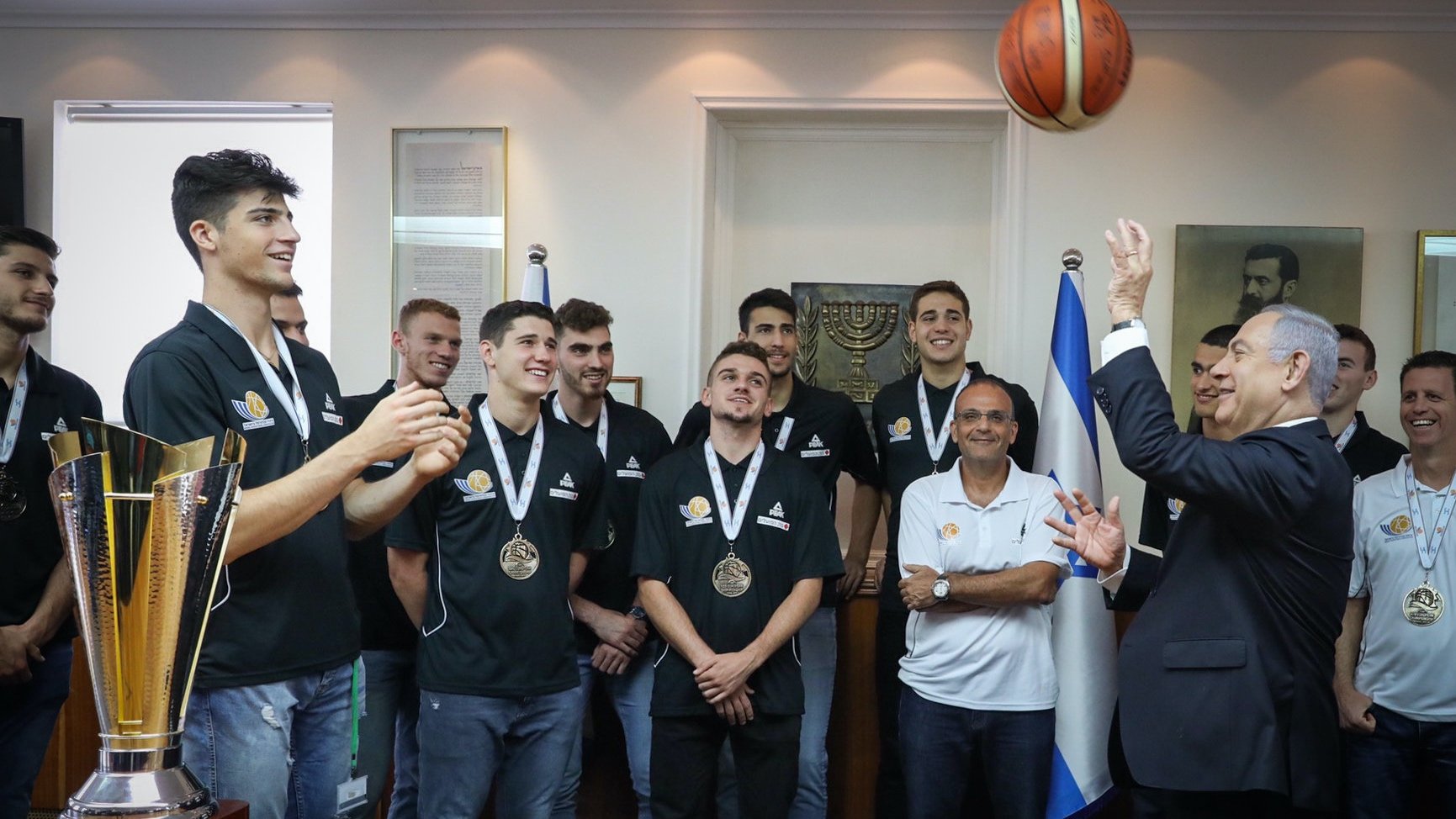 Avdija (left) and his teammates with Prime Minister Benjamin Netanyahu after their 2019 European championship win.

Everyone who has been to Israel knows that Israelis love their sports teams and elevate their athletes perhaps unlike any other nation. It takes extreme pride in its successes however small they may seem, and this current story didn’t fail to sweep the hearts of the people, even those who don’t ordinarily follow sports, to stop and acknowledge this young man’s great achievement at the dawn of his career.

Sport can be not only a source of entertainment and national pride; it can affect culture and send a message that transcends borders. Legendary Israeli basketball star Tal Brody’s famous words still echo in various contexts in Israeli culture: “We are on the map! And we are staying on the map – not only in sports, but in everything.” They were said after the historic triumph in the European championship finals against the powerful Soviet Red Army team, CSKA Moscow in 1977. Brody was picked 12th in the 1965 NBA Draft, but gave up a career in the NBA to instead play ball for Maccabi Tel Aviv in order to help raise the country’s basketball level and morale. An honorable sacrifice and a truly Zionistic endeavor.

Also worth noting that along with Deni, Yam Madar, another Israeli rising star was picked up in the 2nd round in the 47th spot by the Boston Celtics. It doesn’t guarantee him a contract, but puts him in the spotlight as another Israeli athlete’s talent got noticed. They will follow his game’s progress this upcoming season. Perhaps we’ll see him play on the same court as his compatriot. Time will tell. As of now an entire nation is setting her sights on the Washington rookie and will be cheering him on as I’m sure our readers overseas will, as well.